National Summary: The Clock Is Ticking on the 2015 Rut

Photograph courtesy of Nick Varvel/Flickr We’ve been at this rut-reporter deal for a few years now, and I always find... 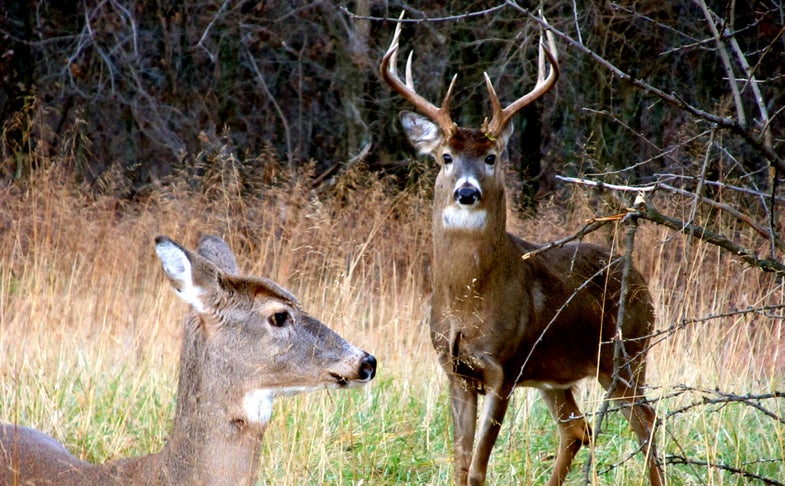 We’ve been at this rut-reporter deal for a few years now, and I always find this time of year fascinating. Here in the Midwest (and in many Northern states) the rut is winding down and hunters are preparing late-season food sources for secondary breeding activity. But in other areas, bucks are still in pre-rut mode (Alabama), just firing up (Texas), or at the breeding peak (Kansas).

These reports lead to my annual fantasy of chasing the rut as it unfolds across the country, a sort of zig-zag journey that would take me, generally, north to south, with diversions along the way. Of course, I don’t have the time or the money to pull this off, but it’d be a certifiable blast to try.

Should I ever attempt this dream season, I’d surely employ one of the tactics suggested by our South reporter, Josh Honeycutt, this week. Josh’s three-day rut rule—which suggests giving a stand three legitimate swings before moving to another area or stand—is spot-on in my experience. It’s far too easy to get impatient when we’re not seeing crazy action, especially when we’re chasing a mature buck. But as Josh points out, you picked the stand site for a reason, so let the spot do its work. It’s important to remember that those rutty-hot days we experience are the exception, not the rule, when it comes to deer hunting. Even when the breeding peak hits, most of the time you just have to grind it out and wait for a buck to make his move.

Another important point was made by Mid-South reporter Will Brantley, who noted the effects of hunting pressure on rut behavior and overall deer movement. As Will pointed out, pressure is cumulative. The longer the season goes, the more hunters hit the woods, and the more deer become aware of their presence. In my experience, this often forces deer into pockets where they encounter less human traffic—and these are the places we need to seek out if we expect success later in the season.

Western reporter Brian Strickland notes that breeding is still happening in some areas but gradually winding down in others. That’s a similar situation here in the Upper Midwest, and Brian’s report should serve as an important reminder that it’s time to focus on late-season food sources. Bucks—especially mature animals—are starting to run low on fuel after a month of hard chasing. If (like me) you weren’t lucky enough to tag a buck during the rut, the formula for success in the weeks ahead boils down to finding those hot feeding areas. If you do, your chances of success are solid.