Whenever I need a reminder of the incredible diversity of whitetail behavior, I just scan the week’s rut reports. Temperature... 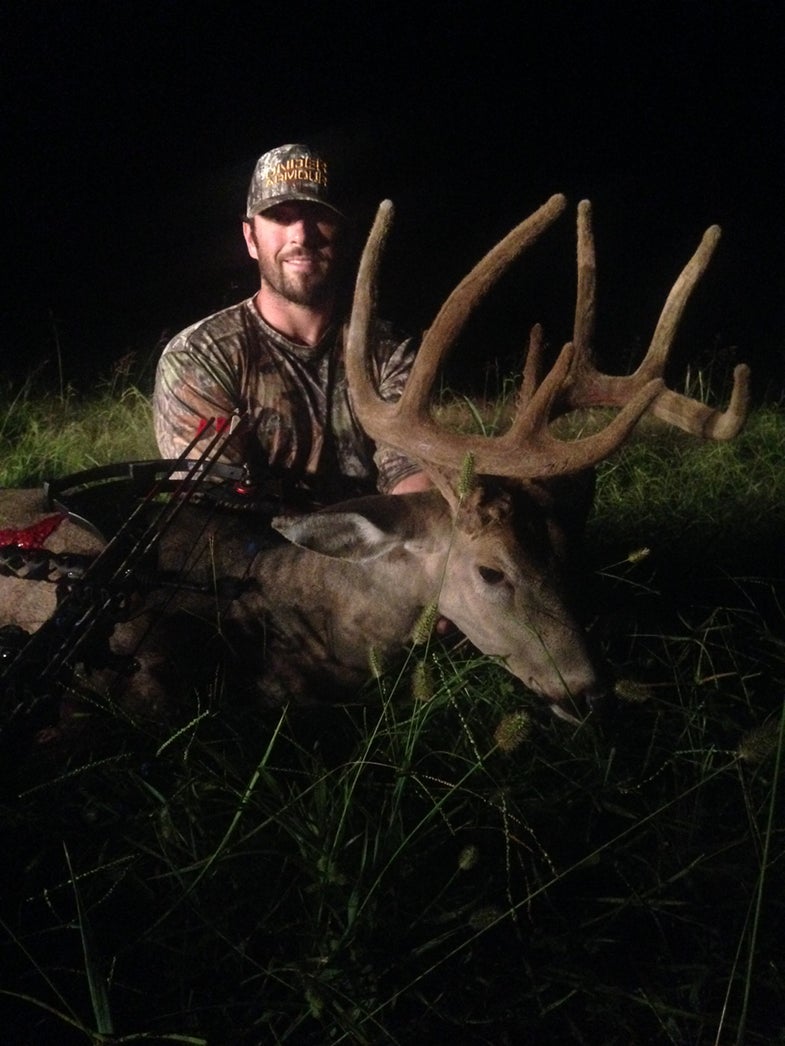 Whenever I need a reminder of the incredible diversity of whitetail behavior, I just scan the week’s rut reports. Temperature was the big factor last week; thermometers were soaring into the 90s from the Northeast down into the deep South, yet deer seemed to respond to similar temps in very different ways. Northeast reporter Mike Shea noted that whitetails were avoiding the heat by waiting until full dark to move. Meanwhile, deputy editor Dave Hurteau and hunting editor Will Brantley were both hunting Kentucky and enjoying plenty of excitement. (While Hurteau gets points for the most trophy photos and vids, [including the photo at left of a great velvet buck taken by Seth Deville at Whitetail Heaven Outfitters], Brantley wins the fashion contest for wearing shorts and Crocs for an afternoon ground-blind hunt).

Why the disparity in buck behavior? I’m convinced it has a lot to do with what constitutes “normal” for area whitetails. Kentucky deer are used to dealing with heat in early fall, so maintaining normal movement isn’t that big a deal. Northern deer, however, which are typically larger-bodied and with denser hair, get sluggish any time temps climb above the 70s in fall. The same can be true of wind speed. Here in the Midwest any wind over 20 mph can put deer on their bellies like they’ve been body-slammed. But I’ve hunted for many years in western Kansas, where a 20 mph doesn’t affect those prairie deer in the least. In short, the key is to learn how deer react to weather locally, and not make any general assumptions.

So what if a hot spell is keeping area deer on their bellies until after dark? Mike Shea brought up the prospect of morning hunting, which many whitetail nuts foreswear during the early season. Interestingly, in the September issue of the magazine, we quizzed dozens of guides across the country, and nearly 70 percent of them said that they do indeed hunt mornings during the first weeks of season. The post from Great Plains reporter David Draper supports this tactic; his contact Jeff Danker reported solid buck movement well after sunrise on morning hunts in Nebraska this week. So perhaps it’s time for some hunters to question conventional wisdom on this topic.

One common thread reported by several members of our crew is the great hunting to be had after a front passes. I’ve had some of my best early-season outings immediately following a rainstorm, or in the first day that a cold front that replaces a hot spell. If you don’t have a weather site bookmarked your computer (or an app for your phone) get one immediately; watch for changing weather systems and plan your hunts accordingly.

Finally, South-Central reporter Brandon Ray brought up an important and often-neglected tool for whitetail hunters regardless of season: long-range observation. Hunting season is weeks away for Ray, but he’s busy prepping by shooting his bow constantly, and glassing deer habitat at prime time. As Brandon notes in his entry, it’s easy for modern hunters to become too reliant on trail cams, which although a valuable scouting tool, only provide a snapshot of a buck’s life. Where possible, glassing food sources morning and evening is the best way to actually determine the patterns that can help you kill your next buck.