Overall Activity Status: Whitetails across the region are entering a major transition period. White-oak acorns are starting to drop, and... 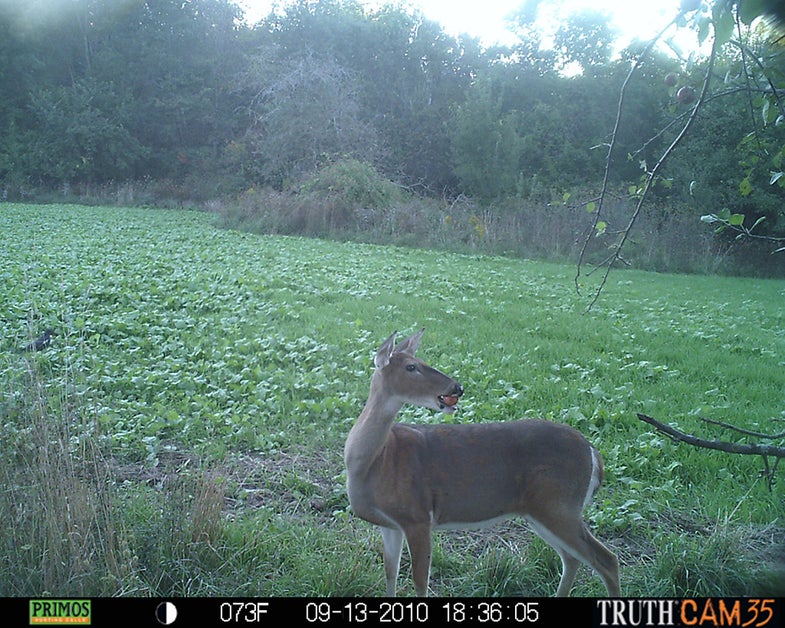 Overall Activity Status: Whitetails across the region are entering a major transition period. White-oak acorns are starting to drop, and that influx of hard mast will draw deer away from fields and food plots where they’ve been highly visible. Meanwhile, many soybean fields in the region are beginning to mature and yellow, which makes them far less appetizing to deer. Finally, we’re in the middle of velvet shed, an event that causes many bucks to get reclusive. This triple-whammy may make it tough to observe bucks right now. If you’re not seeing deer in the usual places, this is the time to broaden your search.

Fighting: No sparring to report, but as bucks shed velvet the activity will undoubtedly ramp up.

Rub-Making: Again, none to report this week, but we’re not far off. I’ve heard two accounts of bucks in hard antler, both from northern Wisconsin. Expect mature bucks to start rubbing saplings as soon as they shed velvet.

Scraping: No fresh scrapes yet, but bucks are using licking branches.

X-Factor: During this transition period, it’s natural to panic a bit when you “lose” a buck that’s been highly visible all summer. To get back on that deer, make midday scouting runs to check out the hottest new food sources. I did just that the other day and found an apple tree dropping fruit in a big way. Deer sign was abundant, so I hung a camera, and I expect to have some good pics in the next week (like the shot of the doe above, taken under an apple tree around the same time several years back). Even though hunting seasons aren’t yet open in much of the region, paying attention to these front-burner food sources will pay off in the weeks ahead.