This is a report written through bleary eyes, because I’m hunting with Field & Stream Deputy Editor Dave Hurteau here... 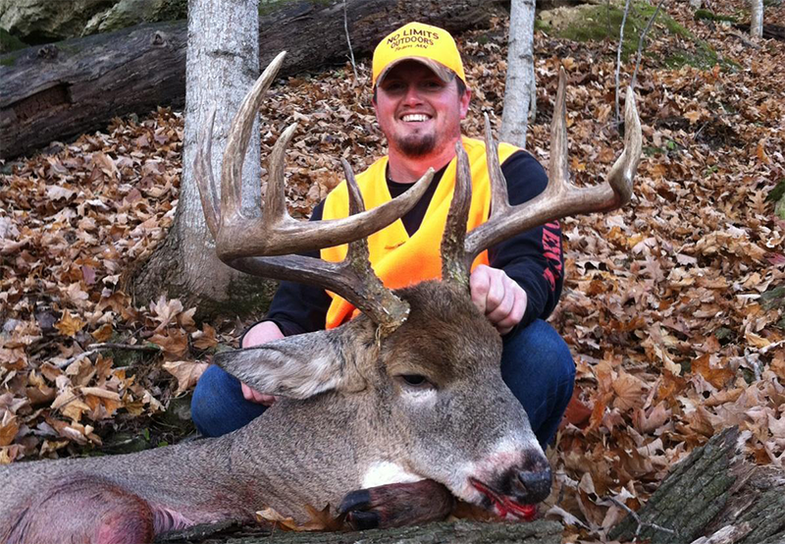 But bucks are still on the prowl. Hurteau and I battled the weather and sat until late morning on Monday. By hunt’s end, Dave had seen four different bucks and I’d spotted five. While a pair of young bucks dogged a small doe, the big boys were all flying solo, looking to find an estrous female after (presumably) losing touch with the last doe they’d found. This is typical behavior during this time frame. Though many hunters feel a letdown once the first week of November has passed, today’s hunt proves there’s plenty of action to be had after the initial frenzy of the rut.

The nasty cold front has played a hand in keeping deer active too. All our encounters have taken place near a standing cornfield, and in addition to the bucks we saw this morning, the sign in the timber surrounding this field has been amazing. When the weather turns nasty-cold, whitetails shift their activity toward the easiest, most available food sources, and that corn is drawing deer like a magnet. It’s been a common theme since we started reporting nearly three months ago–the best deer activity is usually focused near a food source, and that will become even more evident as the final weeks of the rut play out.

I also noted in previous reports that firearms seasons are opening across the region, and gun toters always take some of the best bucks of the year, thanks to the extended range at which they can shoot. One prime case in point is the fantastic buck pictured above, tagged during the second weekend of Minnesota’s firearms hunt. While details on this mega giant are scant at this point, I’ll provide them as soon as I learn the facts. Suffice it to say, I expect to see more photos of great deer in the days and weeks ahead. Two huge whitetail states in the area—Wisconsin and Illinois—are poised to open their annual firearms hunt this weekend, and every year that event seems to rewrite the record books a bit. If hunters can brave the elements and get close to food, chances at a buck skyrocket. Send us your photos when you get them, please!