The ever-dynamic rut is popping in parts of the upper Midwest. I’m always fascinated by the variability in breeding activity... 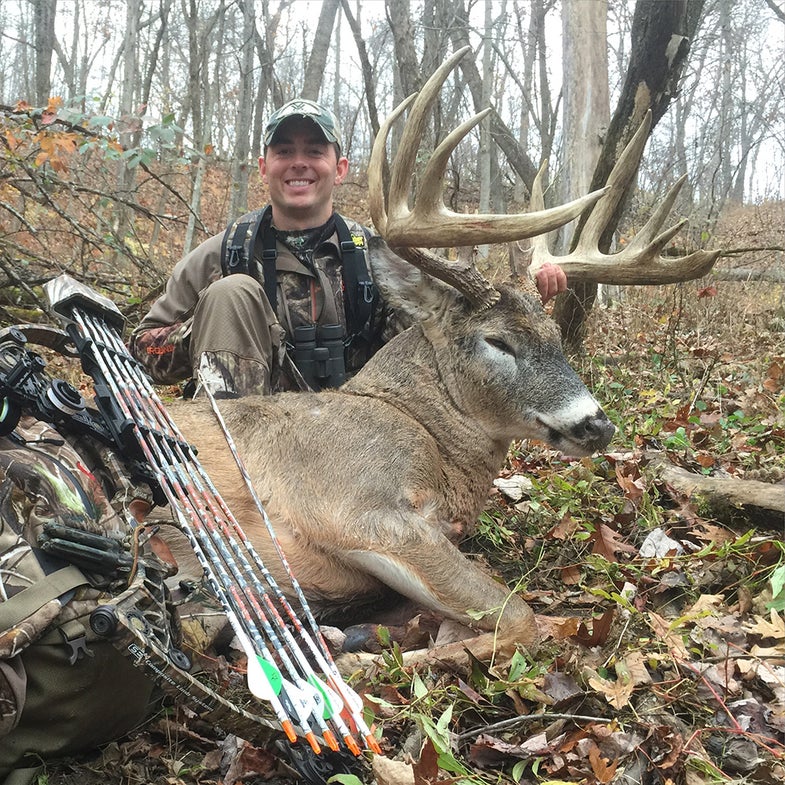 The ever-dynamic rut is popping in parts of the upper Midwest. I’m always fascinated by the variability in breeding activity across the region, and there’s plenty of it right now. I just received a text this morning from Ben Reynolds, owner of BBT Outfitters in French Lick, Indiana, reporting that action had “just erupted” in his area. “It’s been windy and rainy, but it doesn’t matter to the deer,” he reports. “The mature bucks are up on their feet and chasing this morning. I’ve seen two bucks that were at least 140 inches since daylight, and my son texted to say he’d seen the same.”

Other hunters report that a major storm front was impacting deer activity. My neighbor, Alan Mote, was bowhunting in north Missouri last week, and he texted that the area was under a tornado watch. Most deer were laying low in the high winds, but the next morning bucks were on the move again. “I haven’t spotted any giants yet, but I’ve seen four does and as many bucks in the first hour of daylight.”

The buck in the photo above, a Wisconsin giant grossing 183 inches, was shot the afternoon of November 4th by Ben Smith when he was hunting family land in Richland County. Ben, marketing manager for GSM Outdoors (maker of Stealth Cam trail cameras), says the buck first showed up on cameras in early October. “My dad and I had a pretty good idea where he was bedding, and on the morning of the 4th dad decided he’d slip into that area and give it a shot. I couldn’t hunt until the afternoon, so I went to another stand that was in the timber, but gave me a clear shot to a food plot.

“The afternoon was actually pretty slow. I saw a doe come in and visit a scrape near the food plot edge, and a small buck. Then, about 15 minutes before shooting light, I saw a deer come in to the same scrape as the doe, and its body just dwarfed hers. When I got the binoculars on the deer, I knew instantly it was the huge one we were after. The buck was turning to leave when I grabbed the bow, came to full draw and bleated at him. Amazingly, he turned broadside and gave me a perfect shot.”

Ben’s giant has 16 scoreable points and field dressed 230 pounds. “He didn’t have any super-long tines, but he did have 25-inch main beams, and he held his mass all the way through his rack,” Ben says. “His circumferences were still 6 inches at the fourth measuring point. I think things were just kicking off last week during my hunt. I’m pretty sure most mature bucks are probably with does this week in our area.”