Overall activity status: Cool weather continues across much of the region, so weather has not impeded deer movement. Still, we... 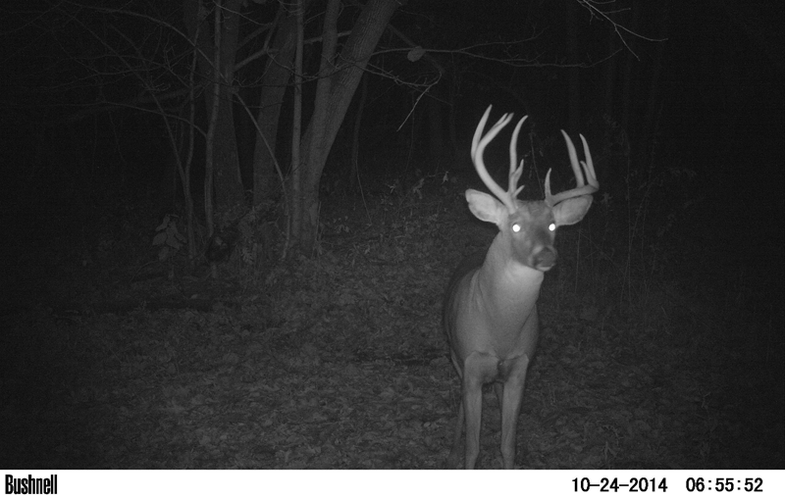 Overall activity status: Cool weather continues across much of the region, so weather has not impeded deer movement. Still, we seem to be a few days away from seeing the best buck activity. Mature bucks are pretty lazy critters, and they don’t waste energy chasing does until they know the effort is worth the energy. If you’re waiting for such a monster, your best days are ahead.

Fighting: Reports of bucks with broken tines are increasing, and on a morning bow hunt this week, I saw a young buck that looked clearly beaten up. The knock-down-drag-out bouts (the ones that happen when two bucks that don’t know each other meet) are still to come.

Rub making: I run a camera for much of the season in one of my favorite staging areas, which I also use as a barometer for rubbing activity. There are a ton of sumacs and other soft-bark species in this area, and bucks love to hook antlers on these trees. The number of rubs has increased every time I walk back there. If you can’t find rubs now, you’re not looking in the right places.

Scrape making: Michigan hunter Mark Kenyon, a savvy whitetail hunter and owner of the website Wired to Hunt, reports that while buck movement has been relatively subdued, he’s finding more scrapes by the day. “That includes a scrape the size of a car hood that had to have been made within the last 24 hours,” he notes. “Still, daytime movement has not been anything to brag about, if you’re looking for a mature buck.”

Chasing: Evidence of chasing is spotty as well. On an evening hunt this week, I heard low-level chasing (some grunting and light pursuit, but not that tearing-through-the-timber frenzy that happens after the first doe pops). On that same afternoon I watched a pair of does approach a field where three bucks were feeding. When the does spotted the bucks, they turned around and left; clear evidence that they’d been chased before and a few bites of food were not worth additional harassment.

Daytime movement: On an overall level, daytime activity has been solid, thanks (again) to the cool weather. However, the largest bucks are either staying on their bellies during the day or moving at first and last light.

Estrous signs: Again, nothing solid to report. But we’ll see evidence of estrous does any day now.

X-Factor: One of the most exciting aspects of this time of the pre-rut is the appearance of what I call “stranger bucks,” which are whitetails that start moving more within in their home range to check out doe family groups. The buck in the trail cam photo above is just such a deer. He hasn’t shown up on my or my neighbor’s cameras until this week. Obviously, he’ll be a very easy buck to identify, and I hope he appears in front of my tree stand very soon. Because they’re on the move, these stranger bucks can be more vulnerable to harvest…assuming, of course, that they start doing their wandering during daylight!