You can’t set your watch by it, but you can pretty much mark your calendar. It seems that every year... 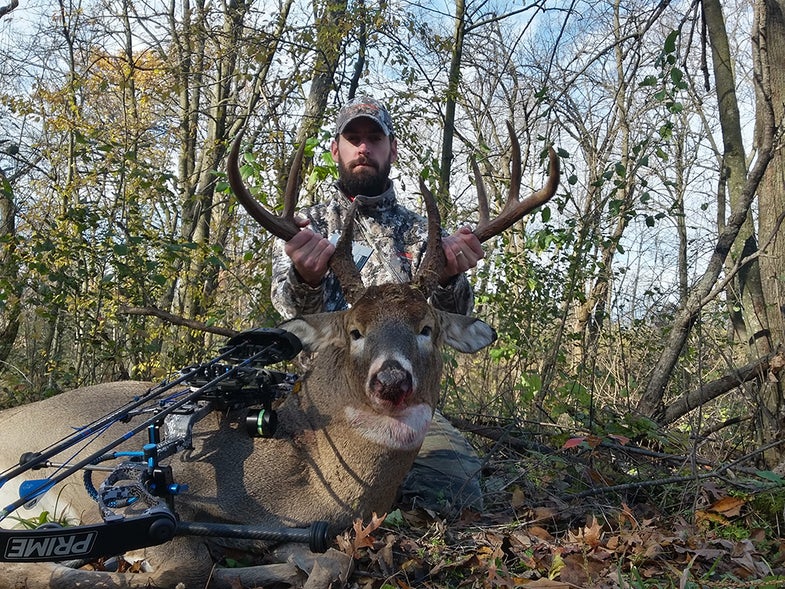 You can’t set your watch by it, but you can pretty much mark your calendar. It seems that every year when we make that page-flip to November, smoking-hot rubs start looking a little tarnished, and mucked-out scrapes begin filling with leaves. It’s a major shift in the breeding cycle popularly known as the seeking phase. Bucks still check scrapes and sniff at rubs, but their inspections are quick and efficient. Because what they’re really looking for is a doe.

Bucks are simply covering more ground now, moving between doe bedding and feeding areas, harassing the females they encounter, looking for any sign that tell them a potential mate is ready to breed. A few does have indeed already come into heat, and once that first flush of true estrous scent hits the woods, bucks turn from sign-makers and markers into heat-seeking missiles. While sitting rub and scrape lines is still a valid strategy now, a better bet is to focus on doe bedding and feeding areas, or the terrain funnels that connect them.

Minnesota hunter Ben Wegner was sitting just such a terrain funnel when he scored on a dandy public-land monster this week. Wegner, who just happened to be the big winner in our last buck-scoring contest over on the Whitetail 365 blog awhile back, used his prize—a new Prime Ion bow—and some hard work to kill the trophy pictured above during the seeking phase.

“I’d scouted this piece of state ground south of my home last year, and found a good stand tree in a saddle of a ridge. I hunted the spot opening weekend, but didn’t see much, and hadn’t been back since. I had this week off from work and hoped the rut action would be good. My stand tree is a little less than a mile from the closest parking lot, so I knew I had a long hike in. I left my house about 2 a.m., made the drive down, and hiked to my stand in the dark.

“I didn’t see much early, but at around 8:30 a doe popped out of the brush below me. I grabbed my bow as she trotted past the stand, and I could hear grunting in the thick brush behind her. As she moved off, I saw big body and a wide rack, so I came to full draw. When the buck stepped into an 10-foot-wide opening, I put the pin on him and shot. He went about 100 yards, and just tipped over. And then the work began. I had to drag him all the way back to the car myself; I had a little deer sled that broke, and another strap. Next year I’m getting a game cart!”

Ben’s public-land monster sported nine scorable points, a 21-1/2-inch inside spread, and 5-1/2-inch bases. And that long drag was made even rougher by the buck’s 209-pound field-dressed weight. But Wegner is not complaining. He’s an ecstatic bowhunter who wisely used terrain features to connect on a mature buck in the seeking phase.