Use Historical Data to Score Now

I was making a scouting run this weekend when I bumped into a great cluster of staging-area scrapes that really... 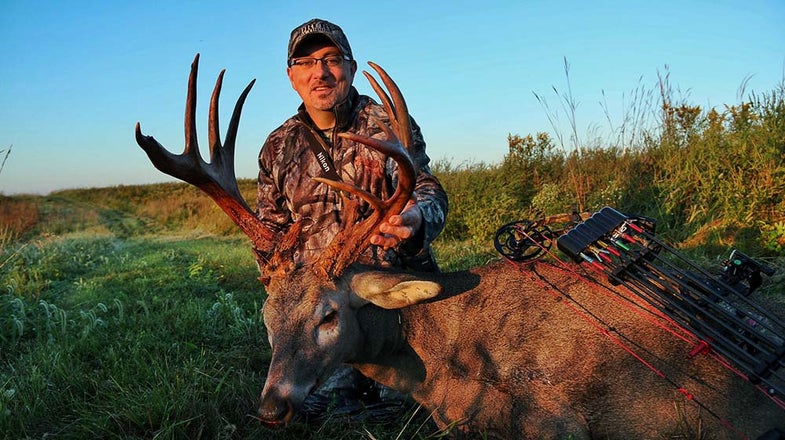 I was making a scouting run this weekend when I bumped into a great cluster of staging-area scrapes that really got me excited. Not only were the scrapes grouped tightly (which shows focused buck movement) and aggressively created (indicating a buck feeling his oats), but they appeared within a day or two of when I found them last year.

The latter fact—the timing of the scrapes—is something I’ve been paying special attention to lately. In the offseason I took the time to study my trail-cam pics and journal notes to look for patterns. I was not searching for no-brainer stuff—like when the first rubs and scrapes started popping up generally—but more specific info that I could use on individual bucks. For example, if a buck was using a certain food source or habitat last year, would he be in that same habitat at about the same time this fall?

And the answer I got was a qualified yes. While I don’t hunt an area where tracking a buck for several seasons is easy, I did manage a couple of pics of mature deer in basically the same area at roughly the same time in consecutive years. This information was particularly exciting because there are a couple of nice bucks I’ve tracked all summer, and now I’m looking back at last year’s photos and strategizing for the weeks ahead.

Coincidentally, I was chatting with my old friend Mark Drury about another topic this morning when I asked if he’d had any success this fall. “As a matter of fact, I killed a 166-inch buck in Missouri,” he said. “And it was a buck I had only one pic of the year before. I checked my cameras right before this year’s opener, and there was this same buck—I’d named him ‘One Night Stand’ because of that single pic in 2014—on a little plot of Biologic clover. It was kind of a long shot, but I decided I better go after him right away, since he might not be around much longer. So we set up on him and sure enough, he came out and I was able to get the shot.” (For more pics of Drury’s Show-Me State giant, visit the Drury Outdoors hunting journal.)

So Mark and I chatted at length about the seasonal movements of mature bucks, and he told me he’s used the information he’s gleaned from trail-cam pics and sightings to predict where individual bucks will be from year to year. Granted, most of us (mysef included) don’t hunt large acreages like Drury, but we can still benefit from paying attention to when and where we get trail-cam pics of bucks. If that buck is still alive the following fall, set up in the appropriate area at the right time, and it’s a good bet he won’t be far away.

As hunters in the North-Central region move into a period of the season where things can get frustrating; remember to scout heavily, run as many trail-cams as possible, and study the photos you’ve amassed from previous falls. This historical information can prove highly valuable in the weeks ahead.