While I tend to downplay the effects of the October “lull,” I readily admit that bucks can be difficult to... 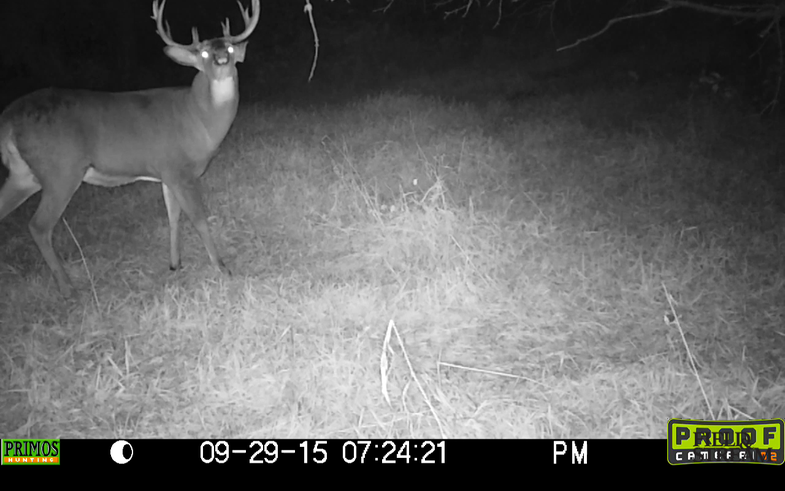 While I tend to downplay the effects of the October “lull,” I readily admit that bucks can be difficult to kill right now. There’s a bunch of food out there, so bucks have a ton of choices to derail them from their late summer / early fall patterns. There’s also social change, as bachelor groups break up and bucks disperse to new hidey holes until the rut kicks in. So while I’m firmly convinced you can kill a buck now, finding him is tougher than at any point of fall.

But I’ve found that mock scrapes can help me overcome these hurdles. In the last few years, I’ve really focused on getting cameras on scrapes, and I’ve found that right now—weeks before peak breeding—is an excellent time to capture bucks hitting them. In fact, I’m convinced that within five days, a camera hung over a scrape will capture most of the bucks in the neighborhood. In my mind, once you know where a buck is hanging, then you’re back in business, “lull” or not.

My scrape strategy is pretty simple. I scout the edge of food sources (food plots, farm fields, and oak flats in my area), looking for good deer sign. If I find a real scrape—either on the edge of the food source, or just off it in a staging area—I immediately create two or three mocks right next to it. I believe this sudden blow-up of buck sign creates curiosity and competition that stimulates visits to the scrapes and results in some great pics.

If there are no scrapes where I think they should be, I simply make a couple, hang a camera, and see if my fakes stimulate bucks to visit and/or create their own. I use a shotgun-approach to these mocks, creating them across my hunting areas, then letting bucks decide which ones are hot enough to command attention.

The video clip above occurred at one of my favorite early season mock setups. I actually kick-started this spot a couple of years back. It looked like a great staging area, so I worked in a couple of mock scrapes. When I came back a week later, the place had blown up; there were three real scrapes there, and my mock scrapes were larger. In the years since, this has been one of my go-to spots to hang a camera and see what bucks are in the neighborhood. This nice buck walked in to check out the scrapes only four hours after I placed the camera, and in the two days since I’ve had four different bucks hit this scrape. And that recon has convinced me I need to get some stands in this area sometime soon!