Yesterday, when gathering reports over the phone, I witnessed a perfect example of hunters in the same general area having... 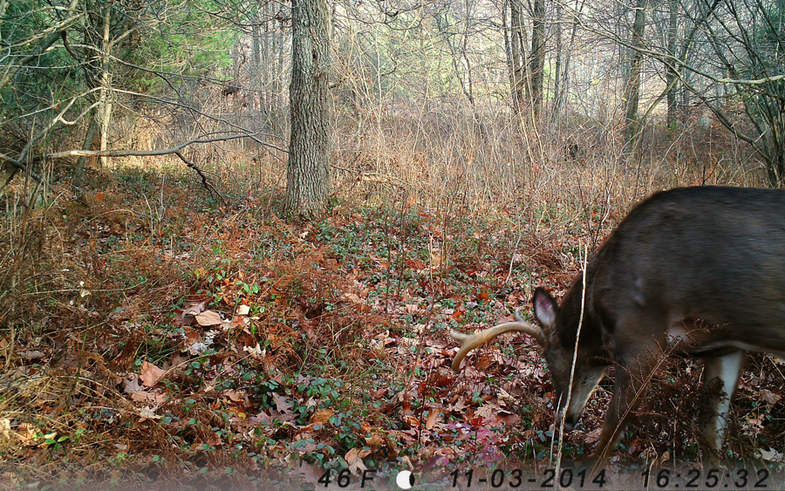 Yesterday, when gathering reports over the phone, I witnessed a perfect example of hunters in the same general area having different experiences. From Edinboro Outdoors in Erie County, Pennsylvania, came a report that the rut is peaking. Deer are moving during the day, including big bucks. Fighting has been heard. There are fresh scrapes. Hunters are having success rattling.

Kirk Rudzinski, at East End Angler, also an Erie County shop, has been hunting in neighboring Chautauqua County, New York. He has seen only three does moving during daylight. He made a change in stand location since.

Old Trading Post, in Hillsboro, Ohio, reported this morning that the rut is peaking. Bucks are chasing does around the clock. There has been fighting, new scrapes are common, and bucks are tearing up brush.

Toward the opposite end of our region, Martel’s Bait & Sport, Laconia, New Hampshire, reports that the rut is not yet peaking, although some does are in estrus. Bucks and does have been seen laying in close proximity in fields during daylight hours. There has been scraping. No buck fighting has been observed, but deer are sparse in that country so seeing such activity is rare.

Comments to the previous rut report show that hunters in the region are having a variety of experiences. This is to be expected. Stay at it.

I got another good lesson in timing from a trail camera that had not been checked since October 23. More big bucks have been showing up from the beginning of this period. But the big change came November 3, when this older buck made an appearance at 4:25 p.m. It was an unusually wide 6-point buck. It made two more appearances on the trail cam, one of which revealed that the antlers extended about 5 inches past the ears. This was the first of a few nice bucks moving past the trail cam during daylight hours.

Cold and snow is moving into the region from the west. Most hunters are confident this will get deer moving more. Maybe so, maybe not. If the rut is peaking, deer are moving. Temperature may not be so important now as it was a while earlier. One thing I do know for sure is that it was nice to hunt on balmy fall days.

Echoing the words of commenter Buck15, “Good luck everyone, it’s a great time to be in the woods.” And be safe.