A couple of days with higher temperatures quieted the woods early this week, but my trail cameras in the north-central... 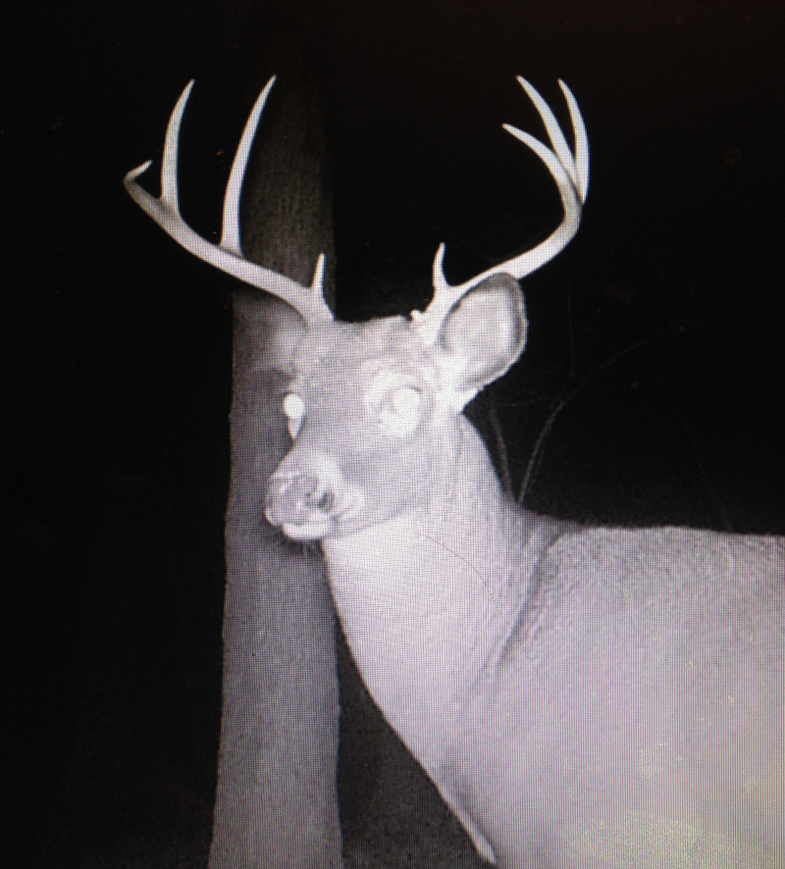 A couple of days with higher temperatures quieted the woods early this week, but my trail cameras in the north-central part of the region have picked up some renewed deer activity. Reader comments show that some of you also saw a slowdown through the warm spell. At the trail cam where I’d earlier caught a big 12-point and a few younger bucks, I got only one photo of a small buck from September until late last week. On Wednesday, Oct. 15th I checked the footage since then and got photos of a broken-tined former 8-point, a fair 6-point, what appears to be a nice 6-point, a spike buck, and another buck that was so close to the lens, only the curve of one main beam and a tine were showing.

The cooler days got everything in the forest moving. That same camera had shots of bears, several coyotes, turkeys, and a bunch of squirrels.

Delaware Outdoors in Smyrna, Delaware, reports that deer activity has increased with the cooler weather. Some quality bucks have been spotted.

Westley Marks, owner of Mark’s Sporting Goods in Cumberland, Maryland, just returned from an Ohio deer hunt. He hunted in Noble County and Morgan County and said that daytime deer activity was good, mostly does with a few bucks.

Fighting: The broken-racked main-frame 8 I mentioned proves that some bucks are doing some real fighting. Marks confirmed that the same was happening in Ohio, though less-serious sparring also continues. And in our reader comments, Tim Algozzine from New York’s Capitol Region reported that smaller bucks have been fighting.

Rub making: This has picked up in parts of the region where temperatures have dropped over the past few days. Marks found raked sapling in central Ohio. In Bennington, Vermont, Marty Harrington of Marty’s Sports & Gunsmithing Inc. says rubs are beginning to show up there. Meanwhile, rub lines are developing in Delaware and can be taken as a sign that bucks are starting to get excited.

Scrape making: I still have not found scrapes in my three-county area. But leaves are falling in great numbers, so finding anything on the ground can be difficult. The situation is different elsewhere. Delaware Outdoors reported increased scrape activity recently, and Mark’s saw small scrapes in Ohio.

Chasing: The only report of bucks following does came from Harrington in Vermont, who said it likely did not involve does in heat.

Daytime movement: All reports suggest that this is on the rise, especially with the break in the weather.

X-factor: We are getting into that time frame when shooting opportunities should become more frequent. Then we have to make that choice, shoot or pass. That is a nice buck shown above, taken on trail cam by Rob Rogan, in Connecticut. He hopes to get a shot at a better buck, but if this one stops to offer a shot, it might not be safe.
A comment from NH HEADGEAR a few days ago reminds us what hunting is really all about. After not getting a shooting opportunity at a nice buck he wrote, “What a great hunt though, it got my heart racing!”