Overall activity status: Deer activity is increasing over much of our Northeast Region. Right now, just before the peak of... 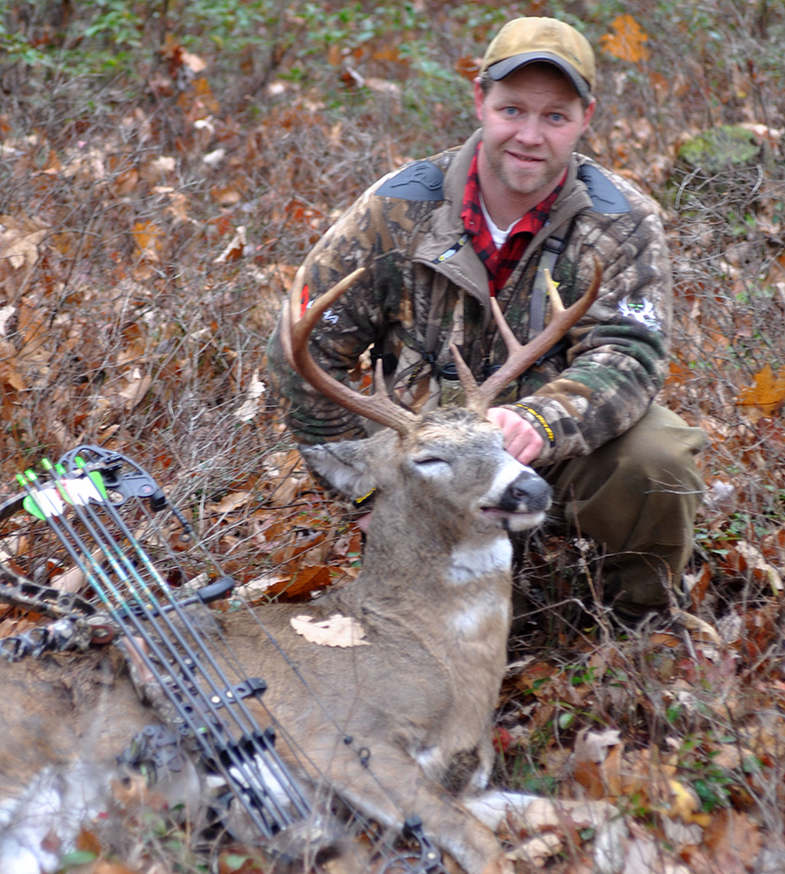 Overall activity status: Deer activity is increasing over much of our Northeast Region. Right now, just before the peak of the rut, is when many bowhunters have their best results.

Last Wednesday afternoon, Mike Stimmell saw 11 deer, including one smaller buck and another buck that did not give him a clear look at the antlers, as he sat in a hang-on tree stand on an Allegheny National Forest hilltop. The buck he couldn’t clearly see did considerable grunting.

The next afternoon, Stimmell set a climbing tree stand 40 yards closer to and just outside of a thicket where the deer had emerged the previous afternoon. He picked a tree that provided him with good cover. At about 5:30 p.m. a half-dozen does were milling around near his stand when another doe ran out of the thicket. Then Stimmell heard a grunt. “I looked and the buck was right behind her,” he said.

When the buck passed within 10 yards of his stand, Stimmell released the arrow. His hit looked good, but in the excitement he was not sure. He was not even sure how nice the buck was. So rather than risk jumping the wounded deer he waited until morning to retrieve the animal. It had run less than 200 yards. His excellent big-woods buck, shown above, has 8 points and a 19 1/2-inch spread.

Also, while waiting in his tree stand after shooting the buck, a 6-point chased a doe nearby.

Fighting: See it, or not, bucks are fighting.

Rub Making: Titan77, from central New York commented that many new rubs have been spotted, and lots of scrapes are being hit at night.

Chasing: Hustonwi also commented than many bucks are starting to chase.

Daytime Movement: Vaznis said bucks are remaining active now in the morning until a couple hours after sunrise. Northeastsportsman commented over the weekend about activity increasing in his Vermont area. Does are starting to move in daylight.

Estrous Signs: Although reports have been thin, we can be quite certain that a few does have reached the estrous stage now. Maybe the southernmost parts of our region, and possibly the north woods are lagging behind a little.

X Factor: The reports from individual hunters here reflect what sporting goods store contacts, who can provide input from numerous hunters, have been telling me. The game is starting, but not peaking. That will come during the second or third full week of this month in just about the entire region.

While hunters in general rejoice over hunting the peak of the rut, this year I have heard more hard-core hunters say that they prefer the stage of the rut that now exists. Bucks are not likely to be chasing hot does, but they have started looking for them, and hunters can lure then by using rut-related hunting tactics. Drawing a buck off a hot doe is difficult. If I were to attempt it, I would do it by grunting, maybe a bit louder than natural.