Andy Buschak, from Edinboro Outdoors, almost has his chance at a big buck in northwest Pennsylvania. Hunting on both sides... 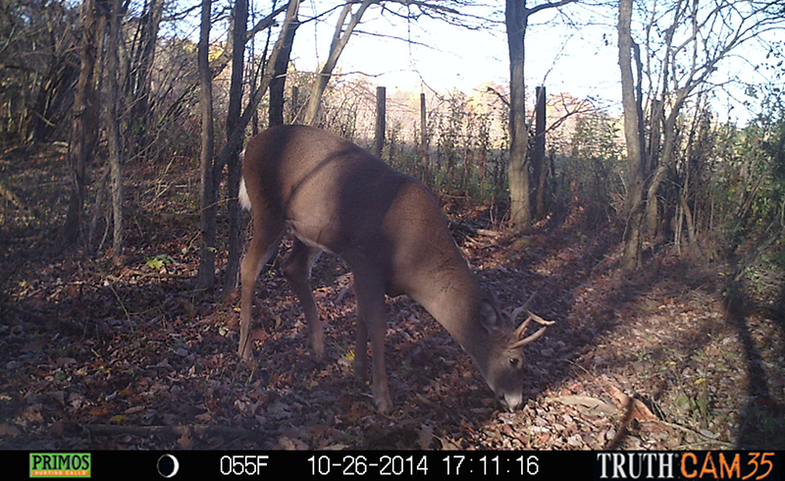 Andy Buschak, from Edinboro Outdoors, almost has his chance at a big buck in northwest Pennsylvania. Hunting on both sides of the Pennsylvania/Ohio border, he has seen “lots of scrapes the last week and a half” in Pennsylvania, not quite so many in northeast Ohio. The number of rubs he has seen on both sides of the border has been about typical. Some smaller bucks have been chasing does, but no big bucks. It’s likely that the does had not reaches estrous. Meanwhile down in the Dayton, Ohio, area, one of Buschak’s friends rattled in and killed a big buck.

Buschak’s report is typical of what is going on in our Northeast Region.

Mike Stimmell had a good hunt on the Allegheny National Forest last evening. He saw 11 deer, and had four right under his stand. At least two of the deer were bucks, one small and another with a big body, but its antlers were always partly obscured by brush. The larger buck did a lot of grunting, and it chased some of the does.

In Connecticut, Rob Rogan is waiting for cool weather this weekend to get deer moving.

John Havlick, at Frank’s Gun & Tackle Shop, Inc., said bucks have been seen sparring. Several smaller bucks have been chasing does, but big bucks are waiting. Daytime activity has been increasing. The only sightings of big bucks have been at night in trail cameras. There are some rubs and some scrapes in the southern Adirondack area.

The only place where big bucks have been reportedly seen during the day is in Ohio.

In my own area, from northcentral to northwest Pennsylvania, my string of trail cams has captured only small to fair bucks over the past several days. The young buck with odd antlers in the trail cam photo above is one of only a couple bucks that have made daytime appearances on my trail cams. This same buck let me walk within 10 yards of it while it was bedded. But road kills indicate a distinct up-tick in deer activity. Most are does, but last night I saw a freshly killed eight-point. It was modest in size.

Stick with rut-related hunting tactics. It is only going to get better over the next couple of weeks, at least as far as seeing bucks is concerned. Getting a responsible shot at one might be another matter.