It’s Game Time in the Northeast

It’s game time, boys and girls. By all accounts, pre-rut activity is getting better day-by-day across the region. The crew... 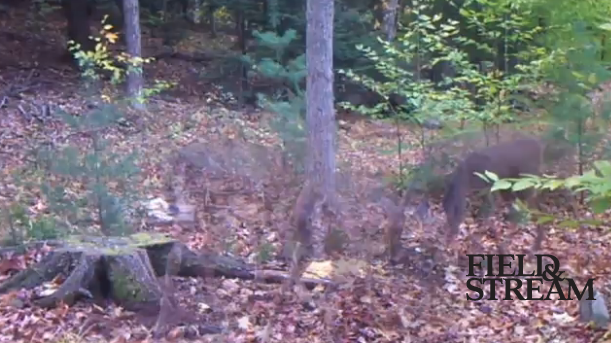 It’s game time, boys and girls. By all accounts, pre-rut activity is getting better day-by-day across the region. The crew over at the Hunting Western Mass Facebook page are reporting early stage seeking and chasing, mostly by young skipper bucks looking for a little action. Len Kahle Jr. ran a doe estrus trail to his stand and had six or seven deer follow it in. Then, at last light, he watched a good buck run a doe around his treestand, but he didn’t have a shot. “Pre-rut is definitely happening here,” he said. Ryan MacRae, also of the Facebook group, submitted the above video of two young’uns testing their limits. It’s fairly unremarkable footage, but Len tells me that it’s the first square-off over a corn pile that his team has captured.

I’m out West all week on a DIY elk hunt, but if I was on my home turf, I’d start the all-day sits this week. No one knows when that switch is going to flip, but a lot of smart hunters think this is the week. Post what you’re seeing in the comments, and I’ll be back next Tuesday with a full recap of Sweet November, week one, and what we can look forward to in week two.