More Bucks on the Move

Overall Activity Status: Mike Stimmell (a.k.a. Uphill Mike) and I (Downhill Mike) drove our usual deer circuit through the Allegheny... 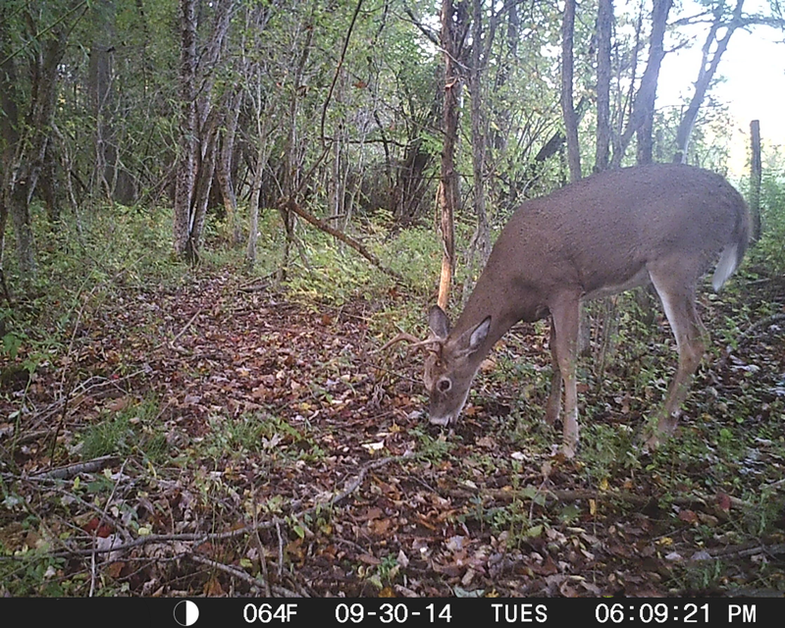 Overall Activity Status: Mike Stimmell (a.k.a. Uphill Mike) and I (Downhill Mike) drove our usual deer circuit through the Allegheny National Forest this past Thursday evening. That was before cool weather arrived, but it was night and the temperature then was in the 50s. We saw 24 does and four bucks, a couple of 6-points, a 4-point, and a spike. Some of the does were bedded. All of the bucks had small racks; we have seen only one big buck so far on the circuit this fall. Only a few deer have been out during daylight hours.

As anticipated, the arrival of cooler weather across most of the Northeast Region seems to have gotten deer moving more than they had been while temperatures were seasonally high. Bucks are out of velvet in most of the region.

The folks at Broken Arrow Archery Shop in Newark, Ohio have seen wisps of snow already. Deer activity there has improved. One really nice buck was taken in their vicinity.

The situation is similar at Delaware Outdoors in Smyrna, Delaware, but did not happen as soon. Steve Russ said that hunters have been finding rubs and scrapes. All bucks appear to be out of velvet. Hunters have taken some nice bucks. Bucks are sparring.

Cooler weather had not arrived yet in the area around Marty’s Sports, Inc, in Bennington, Vermont, when I spoke with Marty Harrington late Saturday. Deer activity remains light. Bucks have been sparring, but not fighting or chasing does yet. Harrington has seen a couple of good bucks on trail cameras. Photos have been taken between 6:00 a.m. and 9:00 a.m.

Rob Rogan commented Sunday evening that deer activity has picked up in Connecticut and Westchester County, New York, with the arrival of cooler weather. But he is still seeing mostly does along with a few younger bucks.

Fighting: Some buck sparring has been seen throughout most of our Northeast Region. No fighting has been reported yet.

Rub Making: Most contacts have reported that hunters have been finding rubs. Comments from hunters agree.

Scrape Making: Hunters are finding more rubs and scrapes in the central Ohio region of Broken Arrow Archery Shop. Delaware Outdoors reported both rubs and scrapes have been seen. In the area of Marty’s Sporting Goods, Vermont, hunters report seeing rubs, but no scrapes yet.

Chasing: Only playful chasing, no does are in heat yet.

Daytime Movement: Daytime movement has been light, or had been before the arrival of cooler, make that cold, weather. Over the weekend there was an uptick in daytime movement. Rogan counted 15 does while in his New York stand Sunday.

Estrous Signs: Too early still, but a few does around the region will come into heat any day now.

X Factor: Most deer movements still relate to food. In farmland, during evenings or early mornings, deer will be seen in the fields where they find preferred foods. Forest deer, like the young buck shown above, are feeding on acorns now. Acorns are plentiful in most of our Northeast Region. In my own area of northwest Pennsylvania, both acorns and apples are spotty, while abundant acorns were reported in southwest Pennsylvania and southeast Pennsylvania. Reports of abundant acorns have come from Delaware, Vermont, Ohio, Maine, and New Hampshire.

More and more, with each passing day, rut-related hunting tactics should become increasingly effective. Hunters have been finding scrapes in most areas.

Never be too surprised by the unexpected. We are at a point where virtually anything can be happening. It is only through the collective information that we get the broad, most accurate picture. No matter how much we are afield, in my case as well as many of yours every day, one hunter gets only a piece of the picture.