Most, but not All, Bucks Still in Velvet

Overall Activity Status: The amount of visible deer activity varies considerably from one area to another. Bucks, while still in... 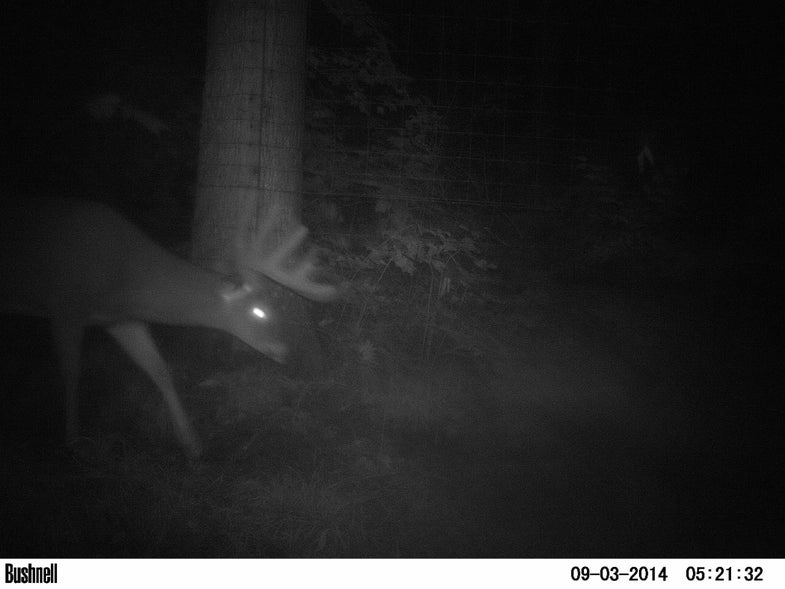 Overall Activity Status: The amount of visible deer activity varies considerably from one area to another. Bucks, while still in velvet, are not often seen in forest and brush habitat. In more open habitat, they are more likely to be seen. Generally, around a half-moon period as we’re in now, deer activity can be considered good.

Fighting: No fighting yet.

Rub Making: What a difference a few days can make, which shows why Rut Reporters begins when it does. Westley Marks, owner of Marks Sporting Goods in Cumberland, Maryland, and Randy Bebout, owner of Bebout Archery in Stockport, Ohio, both have heard reports of bucks that have shed their velvet. No rubbing to any great extent has been reported, though some bucks probably have been rubbing. Outdoor writer Steve Carpenteri, in central Maine, has not seen any bucks that have shed their velvet. “Last year I noticed that they lost it all after one good, hard rain,” Carpenteri said.

Scrape Making: No scrapes yet.

Chasing: No chasing yet.

Daytime Movement: Most deer movement has been in evening, nighttime, and morning.

X Factor: Now is the beginning of the transition period between velvet and hard antlers. This excellent big-woods northwest Pennsylvania buck, maybe a 12-point, was still in velvet on Wednesday, as were other bucks caught on a trail camera within the past few days. Bucks will be ready to breed when their antlers harden, but almost certainly they will have to wait until at least late September, maybe into October, before does go into estrus in our Northeast Region.