A record heat wave has stymied many Delaware bowhunters. Since the September 1 opener, daytime highs have hovered above 90... 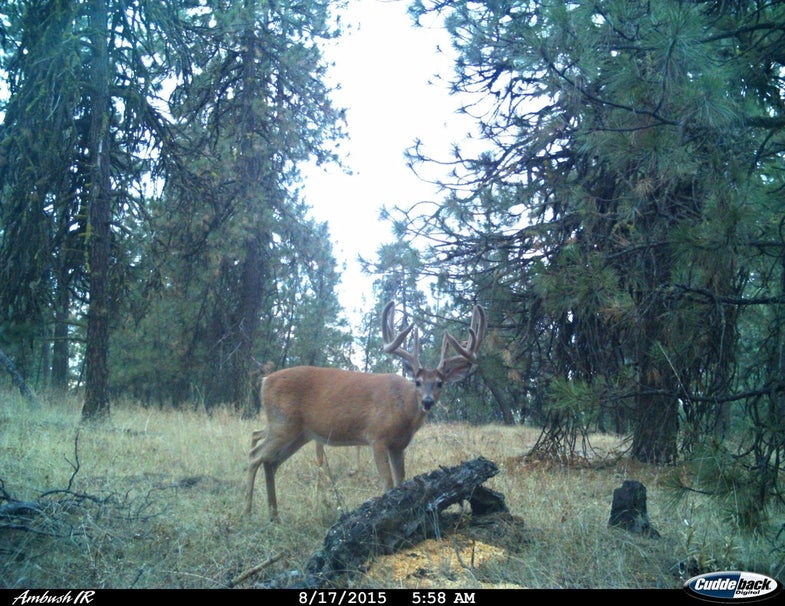 A record heat wave has stymied many Delaware bowhunters. Since the September 1 opener, daytime highs have hovered above 90 degrees, only to drop off after dark to the high 60s—a sure recipe for nocturnal deer movement.

“In late August we were getting trail camera shots of bucks out in the evening, but since the heat wave hit, we’re seeing all that movement at night,” said Delaware deer hunter and world champion goose caller John Walls. “Deer I had been picking up at 7 and 8 p.m. are showing up now after midnight.”

Daily record high temperatures have been broken across the northeast this week. Massachusetts hit 95. New York hit 97. New Jersey hit 98. “The heat has been outrageous,” Walls said. “I’ve been sitting in this 90 degree weather just telling myself it’ll be worth it when it breaks.”

On the one cool day so far in September, last Saturday, deer activity spiked, Wall said, and several of his buddies punched doe tags. More relief could come Thursday, with a temperature drop to the low 80s across the region, coupled with scattered showers. Then, Walls is hoping to run into Mr. Seven, a four-and-a-half year old 120-class 7-point he’s been watching for years.

In Delaware and Maryland, which opens Friday, bucks are hitting soybeans hard. Some bean fields are just starting to turn yellow, which could be reason for the feeding frenzy. Across the Mid Atlantic, corn is just starting to get cut, too.

“On opening day Friday, you have a 50/50 chance of shooting a buck in velvet or hard horned,” said Maryland bowhunter Nick Michael. “They’re still in big bachelor groups, and will start splitting up in the next two weeks or so.”

Zones in New Jersey also open this week, then about half the region—Connecticut, Rhode Island, New Hampshire and zones in Pennsylvania—open to bowhunters the week after, at which point, thankfully, temperatures should be back around normal.