Right Now, It’s All About The Weather

Overall activity status: Deer activity has been going up and down with the weather. A look back over the past... 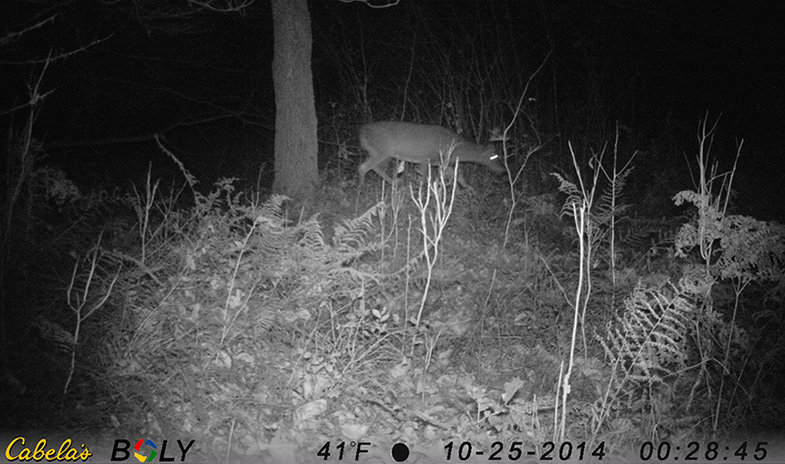 From Connecticut Rob Rogan sent this message: “Still lots of doe but for me the mature bucks have all but vanished.” However, one of his friends saw a nice buck while hunting. Reading through our comments, we see that deer activity varies from place to place.

Fighting: Broken Arrow Archery Shop, near Newark, Ohio, reported today that some bucks in that area have been fighting.

Rub making: “It seems like the bachelor groups have split and I am seeing an increase in rubs,” said Jon Whitbred about his central Pennsylvania area. S&S Taxidermy Archery in Springville, New York, reported that rubs are increasing in number daily, but scrapes are few.

Scrape making: “I saw a single small fork horn make a scrape less than 20 yards from my stand this morning (October 24),” Whitbred noted. He added that scrapes are tough to see because of so many falling leaves.

Chasing: More examples of bucks chasing does over the past few days show that the magic time is growing closer. S&S in New York and Martel’s in New Hampshire reported no bucks chasing. Some bucks have been observed chasing in central Ohio, according to Broken Arrow Archery Shop.

Daytime Movement: I have not been seeing any bucks during daylight hours, and other than one daytime spike, a very small spike, all other bucks caught by my trail cameras recently appeared during darkness. Major exceptions have been reported from Ohio, while in a few other areas bucks are reported to be moving the last hour or so before sundown.

S&S Taxidermy Archery reported some bucks have been seen during daylight in western New York, but no big bucks. This is a common report from states other than Ohio.

Estrous Signs: We have heard about bucks chasing does, but those are still just the earliest does coming to estrus.

X Factor: Rut-related hunting tactics now are in order. Expect to see more bucks chasing does this week, even if your area gets a warm day. If you see a buck chasing a doe during the morning, hunt all day if you have the opportunity. In Pennsylvania, November 14 is the average rut peak. It would be very enlightening to read comments about when the rut peaks in any given area. The more input, the more complete a picture we can draw.