After two weeks of minimal intrusion on my property here in western New York, I opted to sit a new... 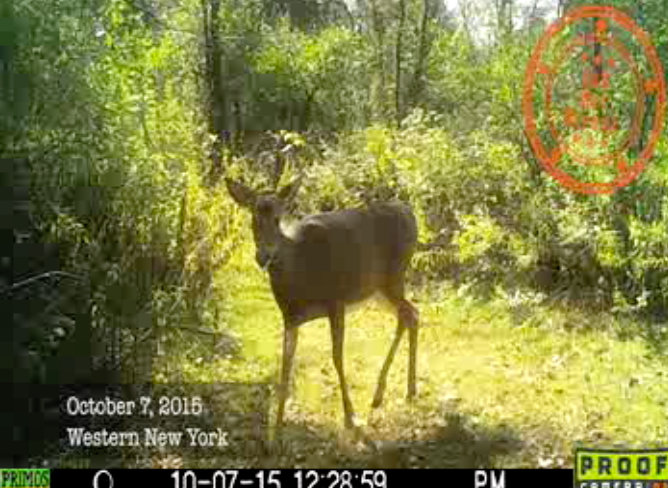 After two weeks of minimal intrusion on my property here in western New York, I opted to sit a new stand. Yet again, the whitetail got the memo and a big doe popped out of a thicket at 15 yards. I wasn’t 100 percent sure I wanted to whack another doe, with it being so close to the rut, but when a new stand works out so perfectly on the first sit you’re almost obliged.

With the deer dressed and hung, I went on a scouting mission and pulled half a dozen trail cameras that have been running uninterrupted for two weeks. Two things jumped out at me immediately:

2. The doe mamas have kicked out their button bucks. As you can see in the video above, does and buttons were running nose to hoof until October 19, when they markedly split up. Every button captured on my property after October 19 is trucking solo. Reviewing all this footage also made me feel better about shooting a late-October doe. There’s plenty more estrous in these woods to hunt over in November.

Side note: That doe’s rumen was all grass and apples. If you’re having trouble locking down your area’s preferred food sources, scout green fields and soft mast.