I pulled trail cameras near my house this weekend, and, aside from a little skipper walking through at 3 a.m.,... 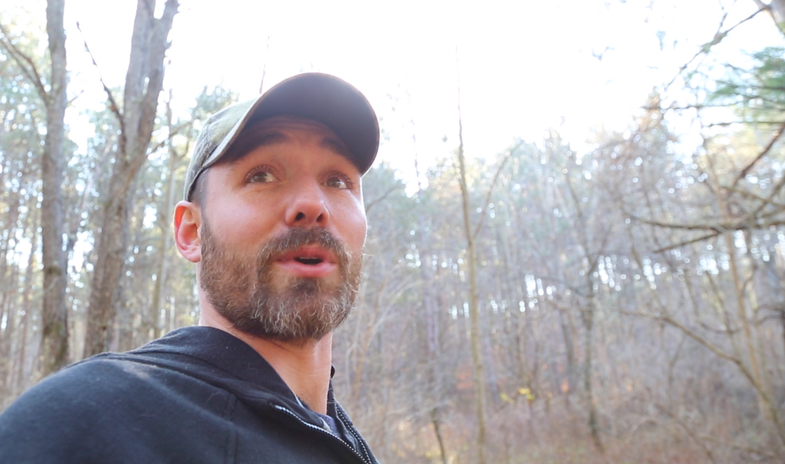 I pulled trail cameras near my house this weekend, and, aside from a little skipper walking through at 3 a.m., the place is deserted. That’s not a huge surprise, really, as we hunted it hard over Thanksgiving weekend, and I don’t have any late-season groceries—apples are gone, the place doesn’t hold any oaks.

A day later I went out with my buddy Rick Murphy, and we pushed several small parcels. These were all pieces that had been hunted since bow season, and nary a deer was seen. On the last drive of the day, we worked a piece behind his dad Kevin’s house, and walking into post we bumped a great buck. He clearly heard us coming and got off his bed, snuck into a creek bottom, then boogied across a cut corn field where Rick saw him in plain view—a dandy 8-pointer. That deer had been living in a ribbon of woods, next to a cut and crap-sprayed cornfield, off a state highway, surrounded by houses. It’s a spot that hasn’t been hunted, and the buck had been hiding, more or less, in plain sight.

Yesterday around noon, I went on a scouting mission, as you can see in the video, and found more evidence of the same. Locations of scrapes and rubs have shifted dramatically since the rut. Rather than deer sign littering up the big woods, as it has since bow season, all the week-old to fresh rubs and scrapes were extremely close to roads, houses, and off-limit private property. My thinking is that gun season pressure is pushing bucks off their usual stomping grounds and into nooks and crannies near people and traffic. In other words, that big deer that’s gone missing could be bedded down closer than you think.

Here in the Finger Lakes, there are still plenty of acorns on the ground, but apples have mostly dried up. Guys with late-season food plots could see a ramp-up in activity very soon—if they haven’t already—but if you’re not that lucky, find tiny pockets of protected ground to hunt, whether that’s near neighborhoods, highways, or other typically high- traffic areas. Like many hunters, I’m taking it slow this week, picking the coldest days for half-day sits, and hoping there’s snow on the ground for muzzleloader season.