Video: The Rut is On, Then Off Again in the Northeast

Warm weather has made even the best deer hunters sound downright schizophrenic. Text message reports to my phone last week... 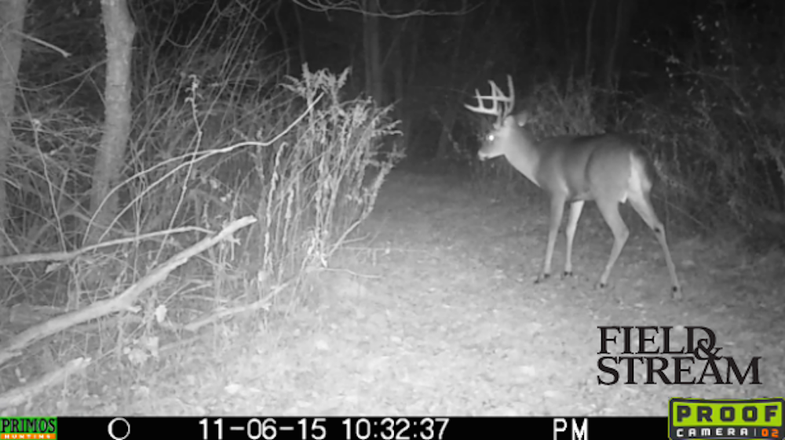 Warm weather has made even the best deer hunters sound downright schizophrenic. Text message reports to my phone last week read like: “The rut is on! No, wait. It’s too warm. Ok, now. Now it’s on again! Actually, wait. Next week! There’s a cold front coming next week!”

El Nino has scrambled temperatures and hunters’ brains—mine included. After 2-and-a-half weeks, I checked trail cameras on my Finger Lakes, N.Y., property yesterday. Since September, I’ve had only photos of does and fawns on this place, along with two yearling bucks and a pile of coyotes. On October 26, I picked up my first photo of a young buck dogging a doe. By Halloween, nearly all my doe disappeared, and last week I counted six small bucks, plus two good 2-and-a-half-year-olds and one shooter, which you can see in the above video. He moved into my neighborhood last Friday before the weekend’s cold snap.

What’s most telling: nearly all the activity is at night. As Scott pointed out in his National Roundup, for deer already wearing their winter coats, as deer in the Northeast have been for weeks, it’s just too warm for daytime activity, rut or not. During the brief cold spells we’ve had, like last Saturday and Sunday, guys are seeing good movement and classic seeking behavior. (Or many, like me, have picked this up on their cameras, too.) But outside these cold days, the woods have been dead.

“I’ve been doing this all my life and this is the worst year I’ve ever seen. Fifty years of hunting north central Pennsylvania, outfitting almost 30 years, and this is the worst rut I’ve seen,” said Richard Laurent, of Little General Outfitters. “Last week the highs were in the 70s and the lows were in the 50s. I had guys in camp who went fishing.”

Laurent said he’s seen some chasing activity from the road, but his hunters aren’t seeing much on stand. There are rubs and scrapes, but nearly all that activity has been nocturnal, he believes. But with a (relative) cold front moving in this weekend, things could improve.

Dave Lusk, owner of South Ohio Outfitters, said things were real slow during the first week of November in his area, too. But in the last two days things have really picked up. His hunters have had shot opportunities on eight good deer in that time. “Usually November 10 marks the peak of chasing activity, and activity is definitely peaking now,” he said. “The weather has had a huge impact, but that’s starting to level out now.”

On November 6 and 7, on the front edge of that cold front that moved through the region, deer activity definitely spiked he said—“it turned on like a light switch”—and he expects to see that boost again this weekend.

“As this warm weather moves out, the deer are going to turn on,” he said.