Video Update: Daytime Activity Picks Up in the Northeast

I spent Saturday in the deer woods, and as you can see in the video, it was pretty slow. But... 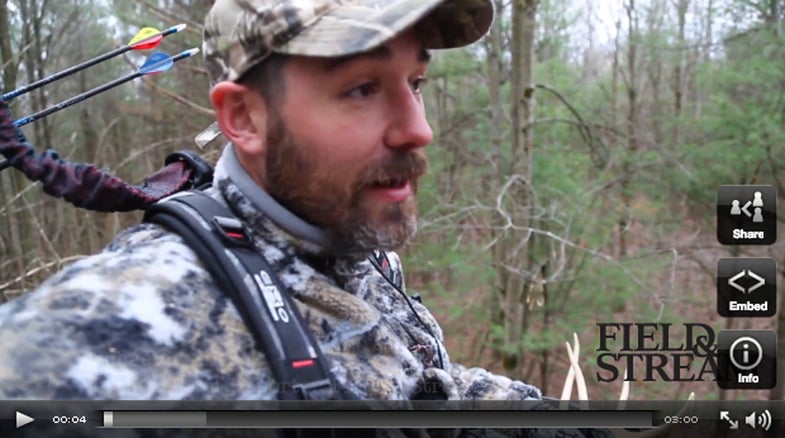 I spent Saturday in the deer woods, and as you can see in the video, it was pretty slow. But one report does not make a trend, and everyone else who’s been out that I’ve talked with tells me that daytime buck movement is picking up in the Northeast. On Sunday, I drove more than 400 miles (who gets married during the rut, anyway?) and saw two does running to escape bucks, and one lone bruiser nearly die in a mad dash across I-80. A hunter with a small 8-point in the bed of his truck at one rest area said there was a huge uptick in activity in central New York on Saturday and Sunday. In Connecticut on Friday, my uncle watched four small bucks chase a hot doe, and I’ve seen or heard about several big deer going down in southeast Ohio and western Pennsylvania this weekend.

The next few days will be warm, but this might matter a whole lot less as dominant bucks lock down does, keeping their inferiors seeking and chasing the dwindling estrous supply. Traditionally, hunters in New York and much of New England see the most activity this week. I, for one, will be in a treestand every chance I get.