Overall Activity Status: On what had been my most active trail camera for the past several weeks, the most recent... 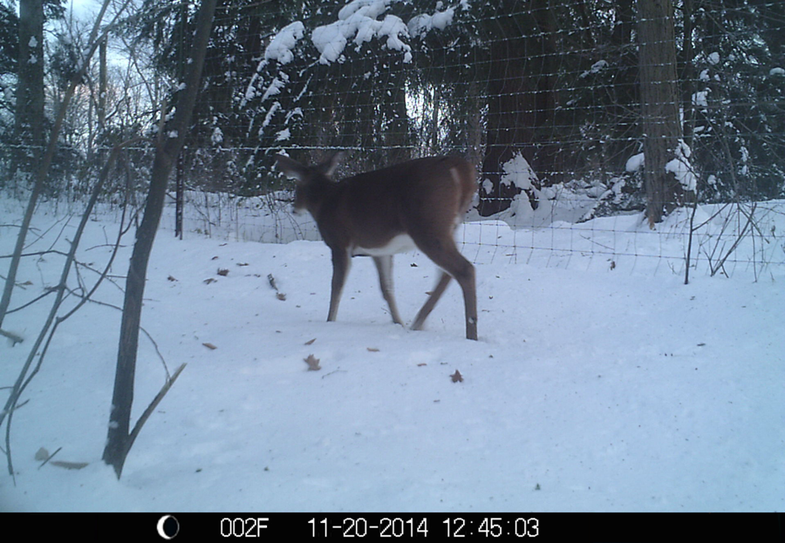 Overall Activity Status: On what had been my most active trail camera for the past several weeks, the most recent few days has turned up only one doe. That trail cam is at a funnel through which deer must pass to move along a ridge. During a couple hundred miles of driving through excellent deer country in northwest Pennsylvania over the past three days I saw only three deer. But I did see a nice buck with a doe. With many acorns on the ground, there is no need for deer to move far. The acorn crop is good over much of our Northeast Region, but as we see below, things vary from place to place.

Fighting: The Old Trading Post in Hillsboro, Ohio, and Delaware Outdoors in Smyrna, Delaware, reported that bucks are fighting. In Delaware, hunters have seen bucks sparring, and rattling has been an effective hunting tactic.

Rub Making: No rubbing has been reported lately.

Chasing: Some scattered chasing has been reported. Marty’s Sports, Inc., in Bennington, Vermont, reported today that although the peak of the rut has passed, some bucks have still been seen cruising and chasing does.

From Delaware Outdoors we hear that there is still some daytime deer movement. But at least some of that movement is due to hunters in the woods. One customer told of seeing a few bucks together. Some nice bucks have been taken.

Customers at Marks Sporting Goods have been hunting in West Virginia, and they told of little happening.

X Factor: Aggressing hunting may be in order throughout much of the Northeast Region. Rattling, bleating. and grunting might bring a buck into range.