John Hafner photo With your hunting thoughts and strategies shifting to the second rut—which can be a productive time to... 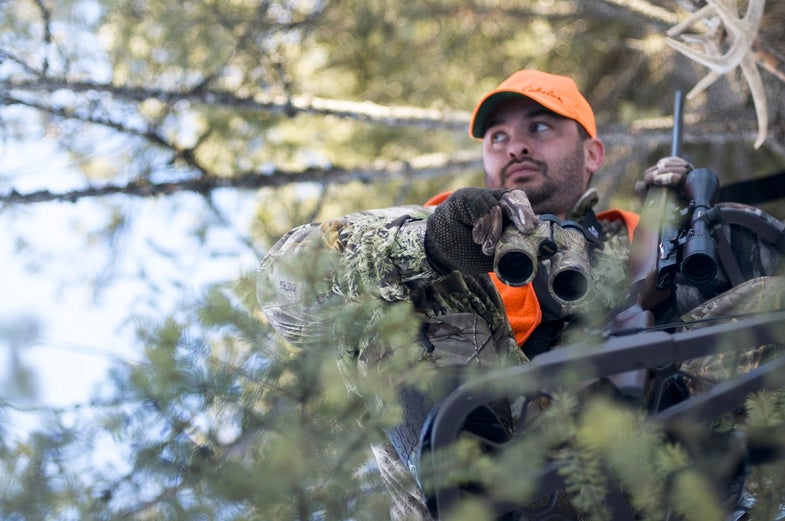 With your hunting thoughts and strategies shifting to the second rut—which can be a productive time to hunt in the South—here are five things you might want to keep in mind:

Many bucks return to their core ranges after the initial rut peak, and they may even revert back to their early season patterns—or at least some semblance of them. Those areas you were hunting before the rut began are the same places to focus your efforts right now.

Once the bulk of the does in the herd are bred and no longer receptive, bucks start laying down rut sign again. Look for new rubs and scrapes in transition areas. A fresh scrape line in a travel corridor has the potential to produce big-time results.

Funnels, pinch-points, saddles, and ridgelines can be good spots to kill a deer at any time of the season. Don’t give up on them just because the initial rut is over with. Right now, focus especially on terrain features between bedding areas and food sources, such as a long ridgeline that tapers into a cropfield.

Doe fawns create most of the breeding opportunity for late-season bucks, and since they aren’t as smart as the older matriarchs of the herd, they make mistakes—and that can cause bucks to make mistakes, too. Past experience has shown me that bucks have a harder time reigning in doe fawns than adult does, and that frequently causes them to drop their guard.

Deer have been breeding for a month or more in some areas of the South. During the first wave of rutting activity, bucks chase does in the open, and the process can seem prolonged. Don’t expect that to happen with mature estrus does now. Neither bucks nor does want the pressure from hunters or other deer. When a buck finds a mate in the late season, he usually moves her into thick cover quickly.