A First Buck During the South Carolina Late Season

On December 21, Kristy Stancil headed to the South Carolina deer woods for the second time in her life. She’d... 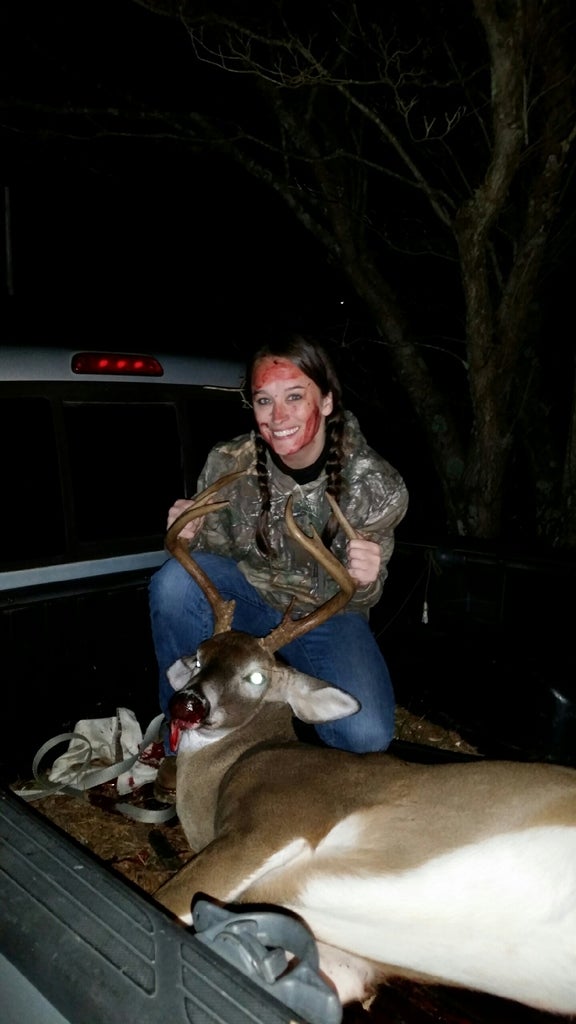 On December 21, Kristy Stancil headed to the South Carolina deer woods for the second time in her life. She’d just learned to shoot a gun the week before. “I’ve always been intrigued by hunting, but also intimidated,” she said. “But someone wanted to take me hunting, and I finally decided to just do it.”

A man from her church took her to his property in an effort to help get her first deer. They climbed into the stand at 3:30 p.m. and settled in. Less than two hours later, she spotted a buck working across the field. It was obvious the deer was in late-season mode. No chasing. No cruising. Just eating.

Kristy settled the crosshairs of her .270 on the buck’s shoulder and squeezed the trigger. The buck stumbled, stood back up, and ran into the woods.

“I was shaking,” Kristy said. “I had buck fever. It was pretty awesome.”

They blood-trailed the buck soon after and found him piled up just inside the treeline. “Dragging that thing out was hard,” Kristy said. “I never thought about how hard that would be. But we got that buck out of there.”

Overall Activity Status: The South Carolina deer season ends January 1, and the deer are definitely in their late-season patterns. My contacts are seeing very little rut activity. The hunt mentioned above took place in Spartanburg County. That’s in the northern part of the state. The rut has wrapped up there. But my contacts in the southern end of the state are still seeing a few faint rut signs.

Scraping: Like the rubs, my contacts are reporting little scraping activity.

Chasing: Nothing to report within the last week.

Estrus Signs: Nothing to report. But it is the South. There are still a handful of does to be bred. Find one of them and you’ll be in the chips.

X-Factor: We have one last good opportunity this season. Though it’s been a warm winter, the forecast shows a 14-degree temperature drop—61 to 47—between December 28 and 29. It’s supposed to drop down to 35 by January 1, the last day of the season. Talk about coming down to the wire. Temperatures are going to stay warm until this next cold front moves through. Hunt as much as possible, but be sure you’re in a treestand the last two or three days of the season.