A Mid-South Buck With a Recurve

If you’ve read many of my Mid-South Rut Reports over the years, then you’ll likely recognize Harry Pozniak’s name. He’s... 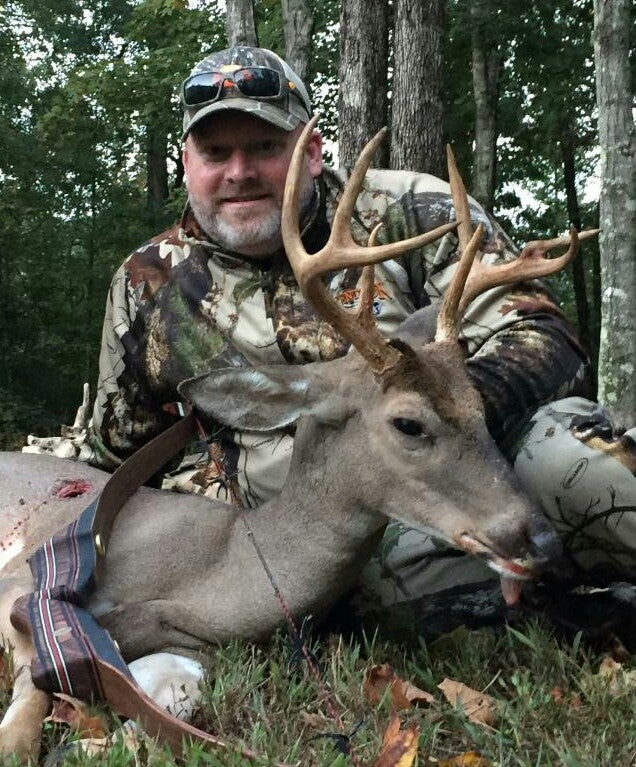 If you’ve read many of my Mid-South Rut Reports over the years, then you’ll likely recognize Harry Pozniak’s name. He’s the owner of River Valley Farms** in Cadiz, Kentucky, and I lean on him for regular reports from the deer woods. Pozniak was also featured in the September, 2015 cover package “Big Easy.” This guy knows whitetails. Though he uses plenty of trail cameras, I like interviewing him because he depends just as heavily on boots-on-the-ground scouting and an intimate knowledge of the land where he and his clients are hunting. He’s a woodsman, in other words.

Pozniak reported a good early season. A couple of his clients (he never has more than a few hunters in camp at a time) scored on good bucks during opening week that were still in late-summer patterns. Earlier this week, Pozniak found some time to climb into a stand himself. It paid off.

“I have some farms leased that have big alfalfa fields, and the deer have been hammering them all summer, and were still on them throughout the early season,” he says. “But earlier this week, the activity slowed on those fields, and my mineral and bait stations went cold. I figured they were going to the oaks.”

As I’ve mentioned in some of my previous reports, we have a spotty mast crop around here this year. Pozniak says there are no white oak acorns to speak of in his area, but he found a stand of red oaks that were dropping. The area was torn up with sign, including a bunch of fresh rubs. He never set a camera, but he hung a stand and hunted it immediately.

“This buck came in on the first afternoon, but he was still in full velvet. I’ve never cared for the look of a buck in velvet, so I passed on him,” Pozniak laughed. “I hunted that stand again two days later, and the buck returned. This time, he was hard-horned, and I couldn’t pass on that. I shot him at 8 yards.”

Pozniak was hunting with his Black Widow recurve. “I used to hunt with a recurve most of the time, but I’d gone back to a compound over the past few years,” he says. “I realized how much I missed hunting with a traditional bow. All the deer I’d shot with my compound over the past five years were inside 20 yards anyway. So this year, I went back to the recurve full-time. Getting my buck with that is way more satisfying.”

**An early season 2016 bowhunt at River Valley Farms is the grand prize in this year’s Rut Reporter’s sweepstakes.