A Monster from Mississippi

If you hunt in Arkansas, Georgia, South Carolina, some other parts of the South, the best time for seeing a... 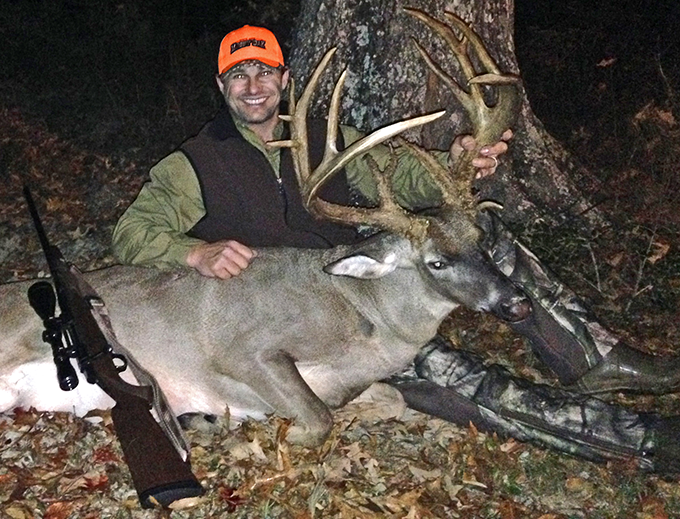 If you hunt in Arkansas, Georgia, South Carolina, some other parts of the South, the best time for seeing a mature buck on the move during daylight has come and gone, for the most part. Although there may be some late second-rut action, deer in these states are in post-rut mode.

But the opposite is true of Alabama and Mississippi and some sections of Louisiana and southwest Georgia, where the primary rut is about to get into gear. Hunters there are anticipating the next few weeks as much as many children are looking forward to Christmas.

Louisiana’s deer rut map shows that the rut occurs in December and later in most of eastern part of the state. In Mississippi, the rut map also indicates a later rut, with the dates moving later into the year from west to east. The western part of Mississippi is in peak rut now, while the eastern portion of the state will peak in January. Regardless of when the peak week occurs, the maps indicate that buck movement should be high in all of these states right now.

And it is. Alabama, Louisiana, and Mississippi deer hunters are reporting increased deer movement, rut sign, and even bucks following and chasing does. This is one of the best times to target a trophy buck in these states.

Lloyd Dempster did just that earlier this month in Claiborne County, Mississippi.

As reported by Mississippi Sportsman, Dempster was already having a good season at a hunting lease he’d joined, arrowing a 134-inch nine-pointer in October. Then Dempster got some trail camera photos of a buck so big he had a hard time believing it. But then the buck seemed to vanish, so he began concentrating on hunting two other large eight-pointers that he had been seeing on camera.

On December 2, Dempster moved his stand to another location and hunted it after a cold front came in. Late that afternoon he spotted two does and then a small eight pointer. The hunter noticed the buck looking behind it and soon spotted a giant buck–the one he had seen on camera earlier.

Dempster quickly put the crosshairs on the buck’s shoulder and pulled the trigger on his .270. With some help from friends and a tracking dog, they found the monster deer. “A buck of a lifetime” is an appropriate moniker for this whitetail, which sports 18 points, has a 27-inch-wide rack, and scores over 200 inches. Dempster is probably still smiling!