My buddy Ryan hoisted a 50-pound button buck into the bed of his truck this morning. He took a swig... 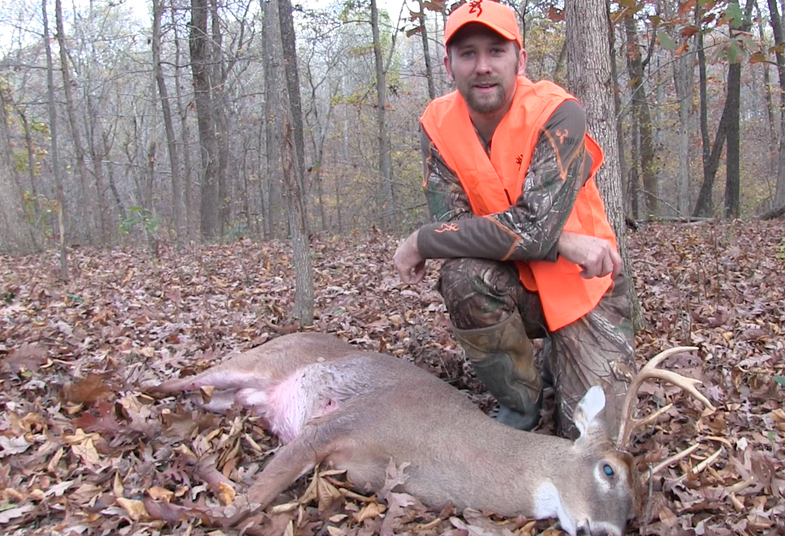 My buddy Ryan hoisted a 50-pound button buck into the bed of his truck this morning. He took a swig of lukewarm coffee before speaking. “You know why I like hunting down here?” he said. He was wearing a blaze orange beanie and a green t-shirt with a blood stain on the front. “We always get to shoot something.”

I fully agree. We were on a farm in northern Tennessee that is simply crawling with deer. The landowner has given us strict orders to thin them back because they’ve been knocking over his fence posts and demolishing his garden. It’s hard work, but Ryan and I have been making a noble effort.

There are a few good bucks in the area. The one I killed this morning, shown in the video above, isn’t representative of the full potential, but he was a lot of fun. After about an hour in the tree—a long time without seeing anything for this place—I heard a deer crashing through the timber. By the time I saw the doe, she was 20 yards from my tree and closing fast. I could hear another deer behind her, and sure enough, I saw a white set of antlers headed my way.

Now, if I was on a TV hunting show, this is the point in the story where I would come up with some kind of excuse for shooting a little buck. I’d say that I thought he was bigger than that, or that he was on my “hit list” as a cull buck. I’d probably stretch the truth a little about his age, and call him 3 1/2 at least. Truth is, it’s been a rather slow rut in my neck of the woods, and dammit, I just got excited when I saw this 2-year-old (or is he a year old?) buck chasing that doe. I shot him through both lungs with no hesitation at all, and you couldn’t have wiped the smile from my face when I watched him scramble a short distance and fall dead as a hammer.

By the time we got our venison on ice, the temperature had climbed to 70 degrees, and there’s a hard south wind blowing now. Another cold front is on the way. But Ryan said he was going to clean up a bit and head back to Tennessee this afternoon. “I don’t care if it is hot. I know they’re chasing does out there right now,” he said. “No reason to waste the rest of the day.”

The landowner gave us orders to shoot some deer, after all. And Ryan and I have never been guys who would shirk a task as important as that.