I don’t know that I’ve ever seen a more pronounced rut here in the Mid-South than I’m seeing right now.... 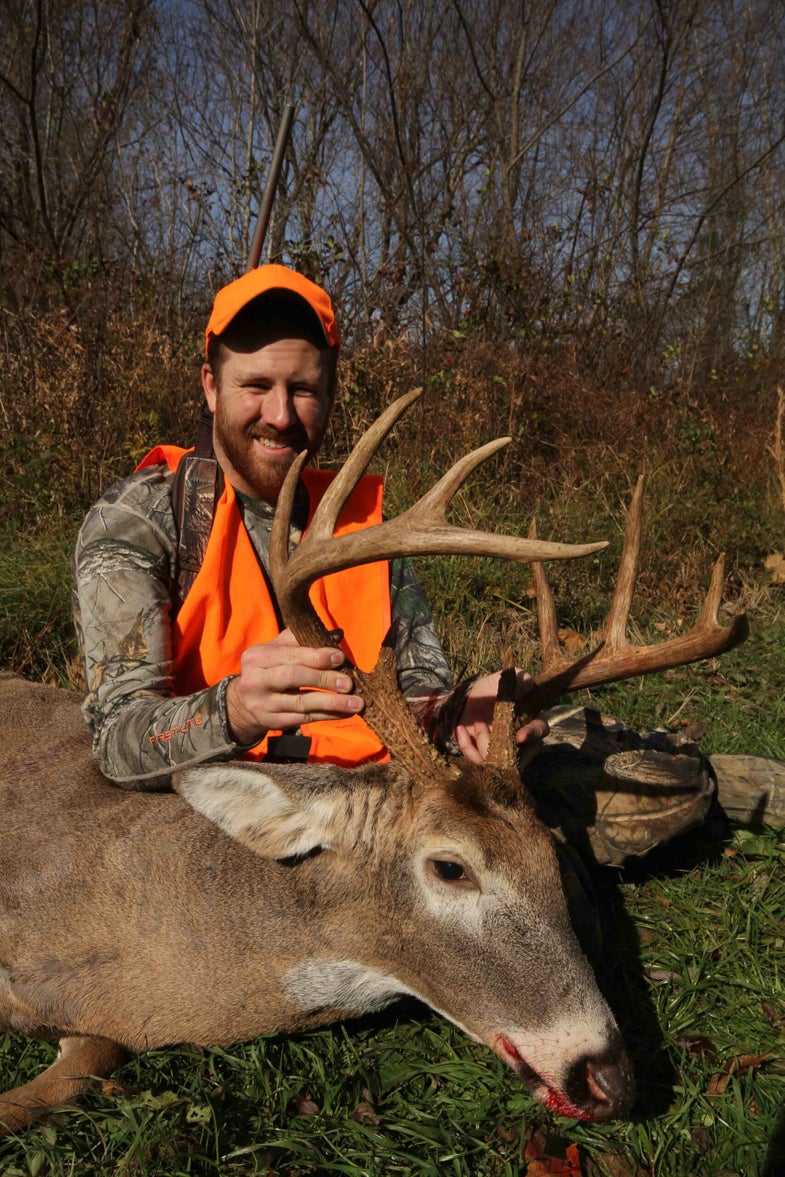 I don’t know that I’ve ever seen a more pronounced rut here in the Mid-South than I’m seeing right now. Yesterday I spoke to my buddy Brandon Gavrock, who’s a game warden in Central Tennessee. The muzzleloader season is going strong there right now, and Brandon has been in the woods quite a bit—albeit more for work than for hunting. “I saw two big deer running a doe like crazy yesterday evening,” he said. “They’ve busted loose here in the past few days. I’m definitely going to spend some time hunting over the next week.”

Michelle is a teacher and has a long, early morning commute through prime farm country to get to work. Yesterday, she counted more than 20 bucks chasing does during that drive. Her Kentucky buck tag, of course, is filled for the season, as I detailed in the previous post.

“I’m super happy with my buck, but man, seeing all of that this morning made me want to hunt in a bad way,” she said.
My favorite deer story for the week, though, belongs to my younger brother, Matt. While he’s shot a pile of does and a couple of young bucks, he’s never had an opportunity at a good one. Until last Sunday morning.

“I started out in the box blind where Mishkin [Michelle’s nickname] shot her buck Saturday morning,” Matt says. “Honestly, I climbed in there because it was cold! But the leaves were dry and it sounded like a circus up in the timber. I knew there had to be a buck there running does. I also knew there was a ladder stand up there, so I decided to hustle into that.”

Matt had no more than tightened his safety belt around the tree when he heard a deer approaching. “I saw its rear-end first, and it looked big and dark. I thought it might be a buck, and then it hit a licking branch and I saw those antlers. I got pretty excited,” he said.

This ladder stand is one of the best rut stands on our farm. It’s sitting on a bench with wide-open hardwood timber on one side, a heavy thicket on the other, and a sheer rock face immediately behind it. With a west wind, the kind Matt had that morning, it’s difficult for a deer to get downwind without providing a shot. The big buck was slipping through the timber, toward the thicket, but he suddenly disappeared.

“He was maybe 70 yards away, and I never could get a clear shot at him. But it was cool just to see him,” Matt says. “Then all the sudden, he popped out of the brush not 20 yards from the stand and started walking right to me.”

Matt began easing his rifle to his shoulder. And like a scene from a bad dream, his rifle sling snagged on the ladder stand.

“Here I am with this giant buck almost right under me, and my gun is hung up,” he says. “He looked right up at me, and I thought it was over. But he took a few more steps and got his head behind some brush. I clawed at my sling, got my gun to my shoulder, and his chest just filled the scope. I shot him.”

The buck lurched forward and labored 20 yards toward the thicket before stopping. Matt worked his bolt, ready to shoot again, but the giant tipped over, dead as a hammer.
Matt’s buck—the heavy, perfect 10-pointer above—is a fine example of how adjusting your strategy on the fly can pay off fast during the rut. If the action seems to be happening elsewhere, move. Had Matt stayed in the box blind, he would’ve never seen this deer.