This time of the year is what some hunters refer to as the October lull. Deer are no longer on... 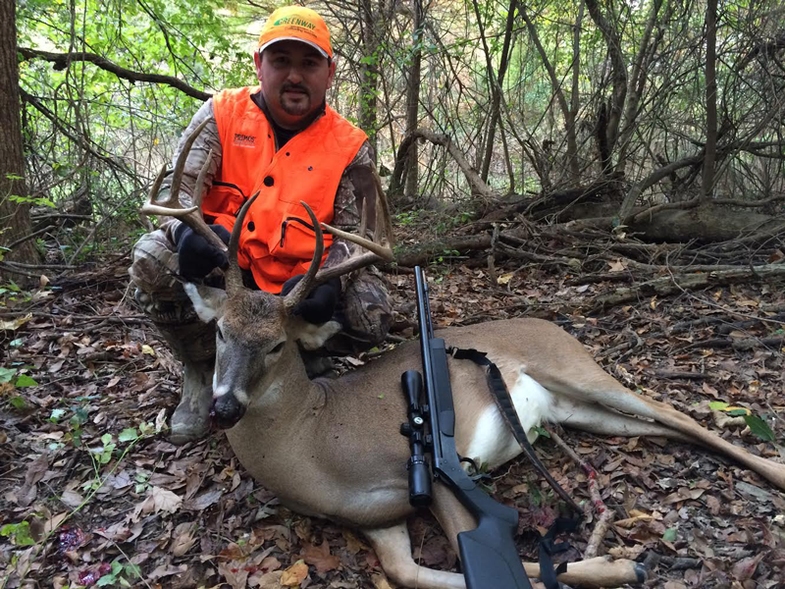 This time of the year is what some hunters refer to as the October lull. Deer are no longer on their summer feeding patterns, and the frenzy of the rut is not quite here yet either. It can be challenging to find bucks and even harder to pattern them or figure out their movements.

A hunter in Arkansas came up with a clever tactic for October bucks that worked out quite well. Jade Wells hunts in Randolph County in northeast Arkansas, where the muzzleloader season just opened. Though the area had plenty of scrapes and rubs, Jade and his hunting buddy Jeff O’Donnell were discouraged by the lack of activity seen while hunting and on their trail cameras. Then Jeff came up with an idea.

“Jeff mentioned making a small ‘push’ or ‘drive’ in a long narrow block of woods that neither of us have hunted yet this year,” said Jade. “The area would be anywhere between 200 to 300 yards wide at any point. I dropped Jeff off almost 3/4 of a mile north of me and I quickly drove around and then walked about half a mile to the pinch point located to the south. With a huge bean field to my east, a slough and other fields to my west, we were confident any deer that got up would stay in the woods and head south. I got situated on a mound that was slightly elevated from the rest of the terrain and texted Jeff that I was in position and ready.”

Knowing deer were in the area but seemingly not moving much, they decided to push the issue and move the deer themselves. With Jade in position as the stander and Jeff as the walker, the drive began.

“Almost 45 minutes went by before three does came trotting to my right and angled by me toward the bean field. They barely got out of sight when the distinct sounds of leaves crunching caught my attention again. This time, adrenalin and excitement kicked in as I could see two more deer coming right at me, with both having decent racks. They stopped directly in front of me not 30 yards and looked back the way they came. That gave me a split second to decide that they weren’t the deer I was looking for and I decided to let them walk. Both were decent 8-pointers, and they went to the west and the woods soon got dead still and quiet.”

The best was yet to come. “About a minute went by before my thoughts were interrupted by yet another sound of a deer coming my direction in a hurry,” Jade recalls. “I soon saw him coming and could immediately tell it was really good deer. I made up my mind that he was definitely a “shooter” and pulled the hammer back. He was about 40 yards out when I grunted and he hit the brakes and looked right at me. For a split second I looked at his long brow tines just to make sure I was satisfied, then squeezed the trigger.” The deer went back the way it came, staggered and dropped. Wells had just bagged the144-inch 11-pointer shown above, on a drive during the October lull.

“I still can’t believe that a deer drive worked to perfection that way,” said Wells. “I love it when a plan comes together!”