Overall activity status: Reports of several nice bucks already being killed indicates an increase in activity. The beginning of the... 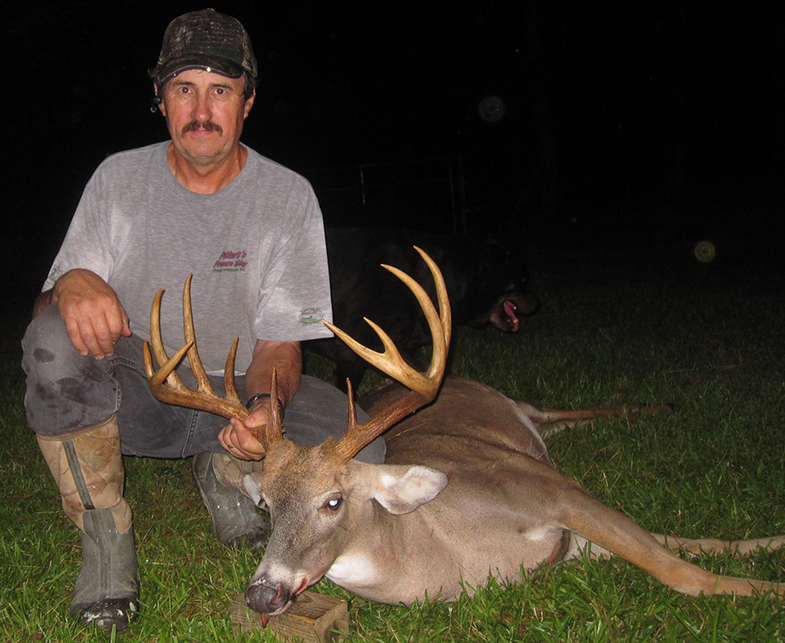 Overall activity status: Reports of several nice bucks already being killed indicates an increase in activity. The beginning of the acorn drop is getting deer moving to oaks, and several hunters have mentioned seeing deer by persimmon trees. It looks like the brutal dog days of summer are behind us as we move toward cooler weather and closer to the rut.

Fighting: None reported yet.

Rub making: I have finally seen my first rubs, one along a creek and another by a swamp, the latter being on a forearm-size tree.

Scrape making: Scraping is haphazard, with hunters spotting some here and there. Most bucks haven’t started to really work scrapes yet, and the ones being seen are territorial in nature.

Chasing: None reported yet, but one hunter in middle Georgia watched a young eight-pointer stick his nose into a doe, which scampered off. Bucks are always interested; we’re just still many weeks away from any serious chasing.

Daytime movement: This category should be called “dusk movement,” because that is when most deer and especially the mature bucks are being seen. While some deer move throughout daytime hours, most of the bigger bucks are only seen at last light. That’s when Al Patterson spotted the 12-point buck he harvested in Rockdale County, Georgia last week, pictured here. He tells the story:

“After a long day of work, I decided to hunt on my ten acres in Conyers behind my house, which has less than three acres of woods with a power line that runs through the middle, with kudzu,” Patterson recalls. “I got into my Millennium double tree stand about 7pm and right before dark I see a buck 20 yards in front, quartering to me. Since I got skunked last year, I decided to tag a buck early. I guess I was concentrating on placement of shot, turning on bow site and flipping crossbow off safety, because I did not have any clue of how big he really was until I found him.

“I was actually on the phone with my wife as I was tracking,” said Patterson, “telling her it was just a regular buck. She said to be thankful you got one so you won’t be skunked again. I did not get overly excited until I found him, still had my wife on the phone and she got to listen to me as I was kept counting up to 12 points. It was at that point I realized that I had harvested my biggest buck yet.”

X-Factor: Patterson shot his buck near kudzu, a fast-growing vine that is excellent deer food and cover. Whitetails hang around kudzu before it dies at the first frost. If you have kudzu on your hunting property, be sure to check it out.