Buck Prospects Good Despite the Heat

I shot my first-ever bow buck on a September opening day nearly 20 years ago. I was sitting over a... 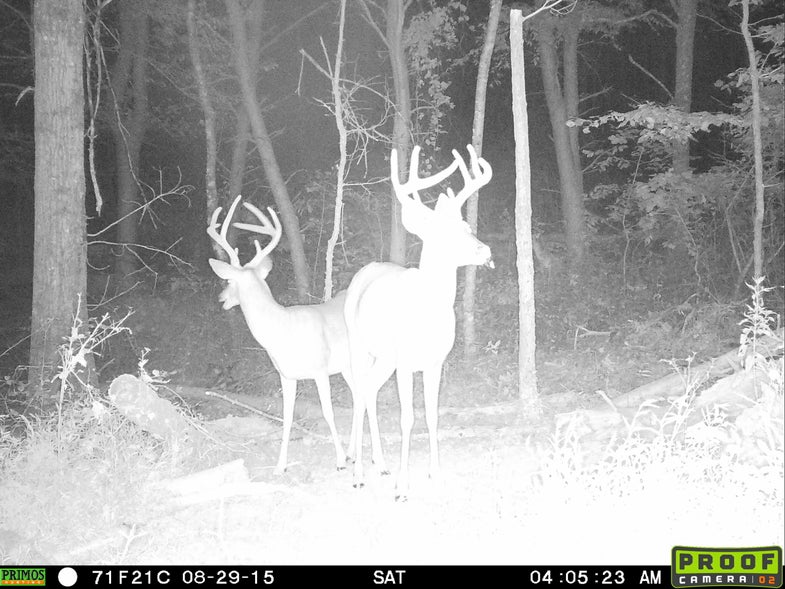 I shot my first-ever bow buck on a September opening day nearly 20 years ago. I was sitting over a water hole, and the little buck came in for a drink late in the evening. It was a legitimate 100 degrees that afternoon.

It will feel a lot like that when I’m in my stand for the Kentucky opener Saturday afternoon. The forecast hasn’t changed much—they’re still calling for 95-degree highs—but there is a silver lining. It’s been blistering hot around here for a week now. Most early-season whitetail guides will tell you that they don’t mind hot weather—so long as it’s consistent hot weather. Deer settle into routines when the weather is uneventful, and this time of year, a routine is exactly what you want.

I checked three cameras on my farm at midday yesterday. All of these cameras are sitting over food plots or bait sites, and I had some 6,000 photos to sift through. For the most part, deer have been moving during the first and last few minutes of legal shooting light over the past seven days, and then off and on all night long. No real surprise there. But late last week, I was also catching some brief flurries of midday movement (like the buck in the photo below that walked by one of our stands at lunchtime last Thursday). Late last week, we had a full moon, and a midday flurry is a classic full-moon phenomenon in the early season. 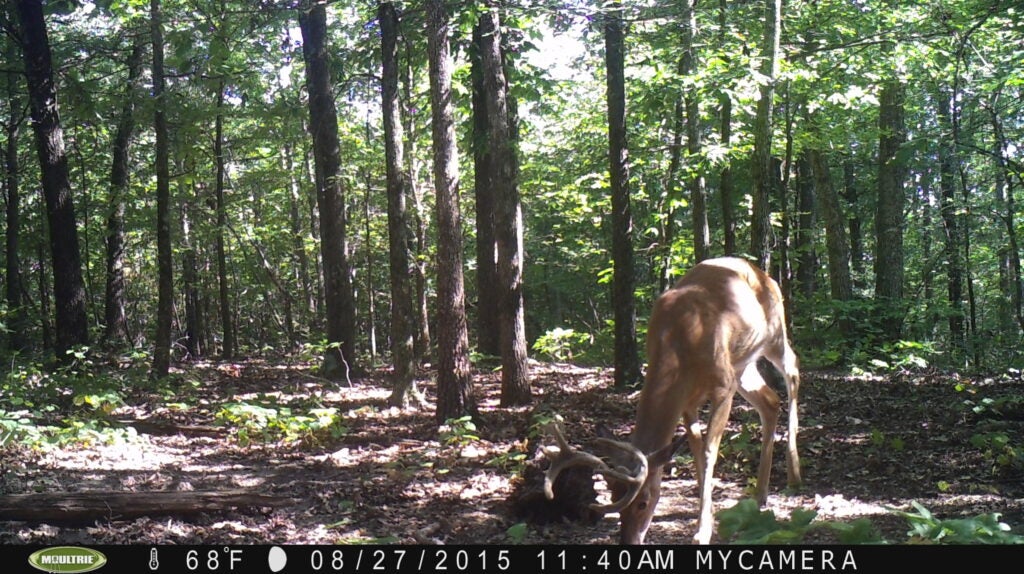 It’s difficult to plan a hunting strategy around 10 minutes of midday movement, though. I believe a full moon hinders your chances of bagging a buck as much, if not more, than extreme heat this time of year. So does guide Harry Pozniak with River Valley Farms, who is expecting a good opening weekend here in Kentucky. “We’ve got that full moon out of the way, and the weather has been stable—and is supposed to remain stable,” he says. “So long as they don’t shed their velvet in the next few days, your odds of catching a big buck doing the same thing he’s been doing all summer are high this weekend.”