Overall Activity Status: The rut is a pinball in the South, with overall activity varying considerably from state to state.... 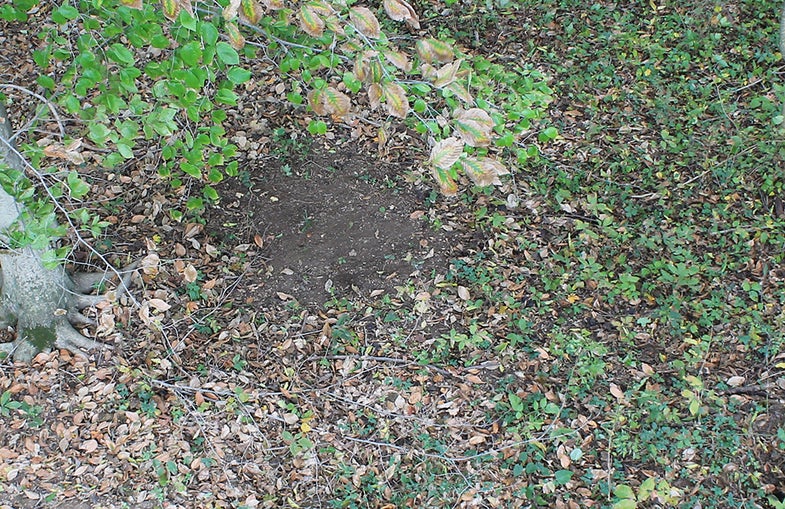 Overall Activity Status: The rut is a pinball in the South, with overall activity varying considerably from state to state. Rutting behavior is cranking up in parts of Louisiana, for example, while it’s winding down in Florida. South Carolina hunters are beginning to see some early buck sign. But for most hunters in the region, breeding activity is still weeks or months away, as most deer are still in summer patterns or about to leave them.

“Bucks aren’t shedding velvet yet here,” said Frank Carr of Alabama’s Blackwell Bend Hunting Lodge near Selma. “They’re eating a lot of salt because of the hot weather. I expect them to start shedding around the third week of September.”

It’s much the same in Mississippi. “I’m seeing a lot of deer, but bucks are moving mostly at night,” reports “Catfish” of Tallahatchie Hunts in Tallahatchie County. “All of them are still in full velvet. They’ll start shedding in the next few weeks.”

Fighting: Bucks are sparring in parts of southwestern Louisiana. I’m hearing of a bit of sparring in pockets of South Carolina and Florida, too.

Rub-Making: Rub activity is picking up steam in South Carolina, and beginning to wind down some on the Florida peninsula.

Scraping: Expect bucks in southern Florida to begin revisiting and refreshing old scrapes as the rut tapers off there. Scraping is almost at its peak in parts of Louisiana.

Chasing: I’m hearing reports of some chasing in parts of Louisiana and Florida.

Estrous Signs: Does are less responsive in southern Florida than they were a week or two ago. Meanwhile reports from southwestern Louisiana suggest that does are beginning to come into estrus.

X-Factor: It is supposed to cool down significantly between now and the middle of next week. That should be enough to get a buck up on their feet and in front of you. Watch for that magical barometric pressure range of 30.00 and 30.40, and take advantage of any short afternoon rain showers and thunderstorms that get deer moving.