Bucks Are in the Chase Phase

Overall Activity Status: It’s happening right now. Since the end of last week, daylight buck movement has exploded, and in... 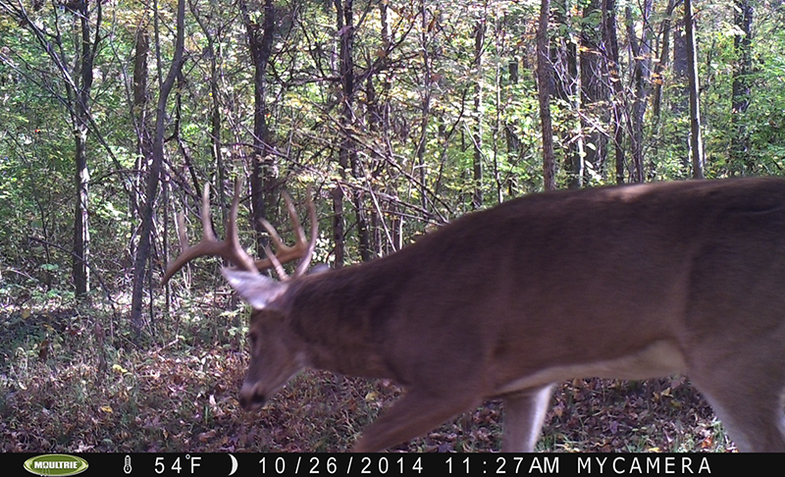 Overall Activity Status: It’s happening right now. Since the end of last week, daylight buck movement has exploded, and in the past two days, I’ve seen numerous bucks chasing does for all they’re worth. Now is the time to sit in a good pinch point, pack a lunch, and stay all day.

Fighting: A buddy of mine hunted in northeastern Kentucky over the weekend and listened to an epic buck fight just out of sight, shortly after climbing into his stand. Bucks are probably more focused on finding does than fighting, but you can bet any fights that do occur will be serious.

Scrape making: I would’ve expected scrape-making to decline a bit with the first few does of the year coming into heat, but that’s not the case. Or at least it wasn’t as of yesterday. I must’ve walked past a dozen brand-new scrapes in a 50-acre block of timber during my hunt yesterday.

Chasing: It’s happening. I saw several bucks running does through the timber well up into the mid-morning hours yesterday.

Daytime movement: It’s been excellent. Daylight deer sightings have been through the roof the past several days. Last Saturday evening, November 1, I hunted a white oak flat just off the edge of a picked bean field. The first doe walked underneath my stand at 3:55 p.m., and I shot her. She fell within sight, so I climbed down, dragged her underneath a deadfall downwind of my stand, and then kept right on hunting. I’d no more than settled back into the stand before the next group of does wandered through. It was a parade of deer—albeit all does, fawns, and young bucks—until dark, but one of my most enjoyable sits of the season.

Estrous signs: Most does seem to still be traveling with their fawns, but some of them are splitting up. I’ve seen several pairs of young fawns wandering the woods by themselves the past two days, and a couple grown does running solo. That’s a sure estrous sign.

X Factor: The all-day sit. I’m not usually patient enough to sit strapped to a tree for 10 hours and usually end up climbing down to still-hunt, or at least grab lunch and change stands. But as the date and time stamp on the trail camera photo above illustrates, a good buck is just as likely to wander past your set at midday now as he is as sunup. Bring a lunch with you and even a book if you need it (I do). Anything that increases your stand-staying power right now is a tool worth having.