Overall activity status: The cold weather has returned to the South and the full moon has faded, which has increased... 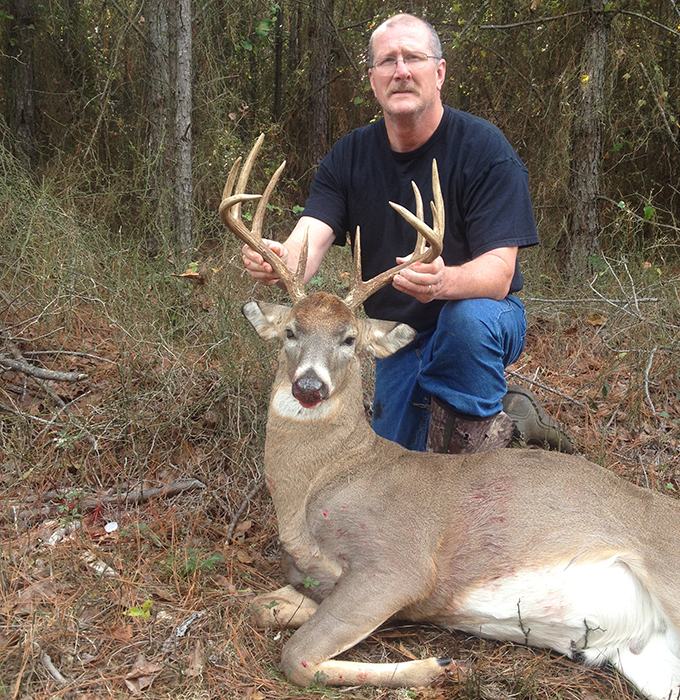 Overall activity status: The cold weather has returned to the South and the full moon has faded, which has increased movement overall. The post-rut states of Arkansas, South Carolina, and Georgia are seeing less rut activity, but some reports of bucks with does are still trickling in. This is likely second-rut action.

Activity and pre-rut action is gaining steam in Mississippi, Alabama, and portions of Louisiana and Florida.

Fighting: None reported, but bucks in Alabama and Mississippi will start fighting more as their rut approaches.

Rub making: An increase in rubs in Alabama and Mississippi indicates pre-rut conditions. New rubs may be seen across the South, but they are much more prevalent in these pre-rut states.

Scrape making: Several reports of bucks in Alabama and Mississippi with dark, smelly hocks mean that bucks are making scrapes in earnest.

Chasing: Not much all-out chasing yet, but some bucks are beginning to cruise in pre-rut states. Glen Humphries, above, who hunts in southwest Arkansas, bagged this 130-class ten-pointer last week. Glen reports that the cruising buck responded to a grunt call. Humphries bagged the heavy buck with his longbow. Congratulations on doing it the hard way!

Now should be a great time to use a grunt call. Stay alert, because some bucks may sneak in from downwind.

Daytime movement: Nick Sampey scored a nice public land eight-pointer last week in the Natchitoches Parish region of Louisiana, and then sent a photo of a hunter who also took a good buck in the same area. “The buck was mid-130s and was killed on Friday the 5th,” Nick reports. “The buck wasn’t chasing, but cruising and his neck was swollen severely and hocks black.”

Movement during daylight hours should continue as cold weather and rut conditions exist in many areas across the South.

Estrous signs: Does should start coming into heat in the next few weeks in Alabama, Mississippi, and Louisiana.