Bucks Dispersing in the Mid-South

As we close in on the end of September, I have to look back and say, “Good riddance.” Especially after... 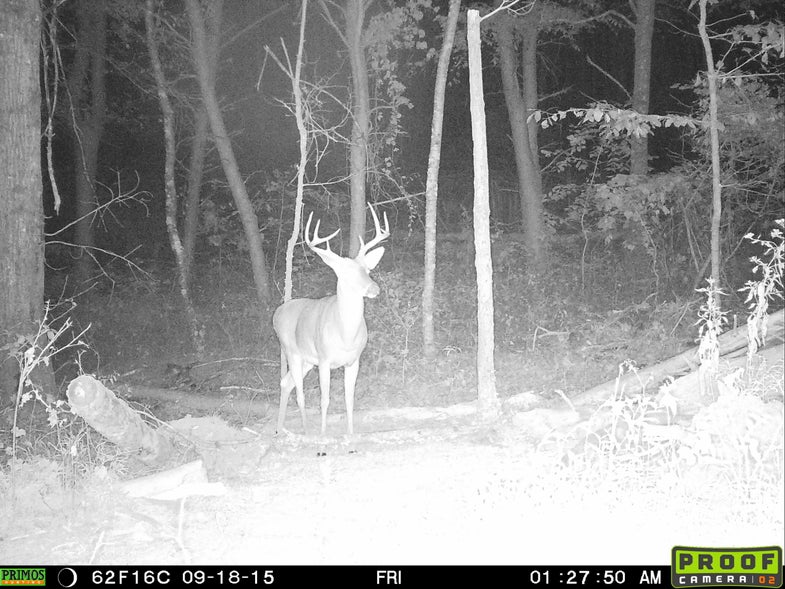 As we close in on the end of September, I have to look back and say, “Good riddance.” Especially after pulling a round of trail camera cards yesterday afternoon.

Typically, I love the predictable—and often easy—hunting of the early season. I’ve killed some of my best bow bucks during the first two weeks of September, and I’ve reported on scores of true golly-whoppers taken during the same time frame over the years. This year, I got to participate in some of the reporting (including on F&S Deputy Editor Dave Hurteau’s buck), but for me personally, it’s been a tough early season. I’m not complaining too much—Michelle and I have each killed does and put some fresh venison in the freezer—but I’ve yet to lay eyes on a shooter buck, or any buck older than a year and a half. It’s been hot around here, and the action we’ve had has been limited almost entirely to the final hour of shooting light.

Yesterday’s card pull revealed that change is on the horizon. The bucks on our farm in far western Kentucky have all shed their velvet (save for a spike or two). My cameras showed more daylight activity—morning and evening—over the past week than they have since August. A few shooter bucks were moving tantalizingly close to legal hours, too. Best of all, we got photos of half a dozen new bucks, including this nice, wide 8-pointer in the photo above. It seems bucks are now dispersing into their fall ranges.

Though I had cameras set over food plots and corn piles, the best action was on an oak ridge near Michelle’s favorite stand. We call the spot “Mish Ridge” (Mish is her nickname), and it’s one of the few areas I’ve found with good white-oak acorns on the ground. As I reported last week, the mast crop around here is extremely spotty. 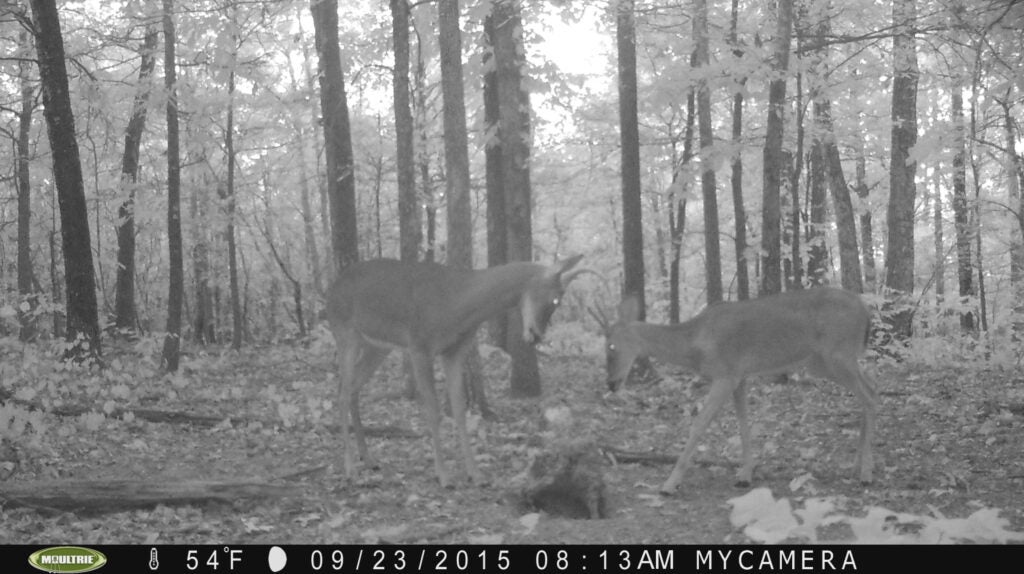 Not only was that camera card full of photos (including the one above of two young bucks squaring off), but the ridge itself is covered in tracks, fresh droppings, and several rubs. Cameras are great, but sometimes there’s no substitute for lacing up your boots, taking a walk, and seeing the sign for yourself. We haven’t hunted that area yet this year, but that plan will change very soon. The next phase of deer season is here.