Bucks Moving All Over

The rut is peaking in Arkansas, South Carolina, and Georgia right now. Every day I hear reports about bucks chasing... 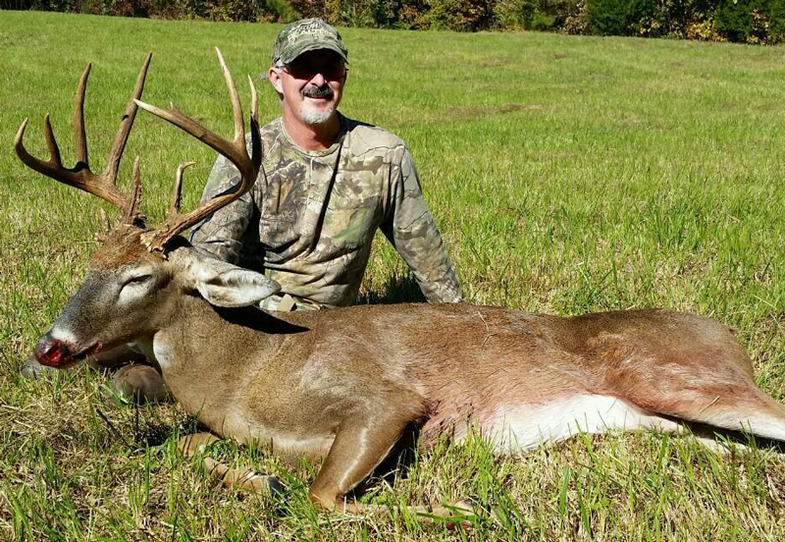 The rut is peaking in Arkansas, South Carolina, and Georgia right now. Every day I hear reports about bucks chasing does, both from hunters who were in the woods and hunters behind the wheel. Any one driving around is likely to see a buck and doe in fields or actually darting in front of them. A hunter friend of mine mentioned this morning that he saw a good buck along a roadside with a doe. The buck seemed nervous about being so close to cars, he said, but would not leave the hot doe.

When the rut is peaking, sitting in your treestand and waiting for a buck to run by is enough. But what if that doesn’t happen? What if seemingly everyone else is seeing rutting action and you’re not? It can be frustrating to be left out, and that’s when you may need to take more proactive measures.

That’s what Shane Wilson, above, did recently on a hunt in Harris County, Georgia. He checked his trail camera during the afternoon and found photos of two shooter bucks. Shane decided to hunt the area two days later. Knowing that bucks this time of the year are intensively searching for estrous does, Wilson placed an estrous scent wick on a branch near his stand. Shane recalls the hunt:

“Monday morning I hung my portable about 6:15 a.m. It was very slow, did not see anything. About 11:10 my wife called and wanted to know when was coming home. While I was talking to her, I caught movement and told her ‘got to go, deer.’ A good buck had come right into a scent wick that had estrous scent on it. I decided it was a shooter. I realized I had not put a bullet in the chamber, so I bolted the gun and raised it to my shoulder. He turned to walk away and I shot him at about 30 yards on my left. He took off up the hill right in front of me, circled and fell dead about 25 yards to my right. I was pumped when I got to him and realized it was the biggest buck I have ever killed.”

With the weather turning much colder this week in the South, now is one of the best times to see and kill a mature buck.