Bucks on the Hunt for Food and Females

Overall activity status: Many hunters who spent some holiday time off in the deer woods found the effort worthwhile. Frosty... 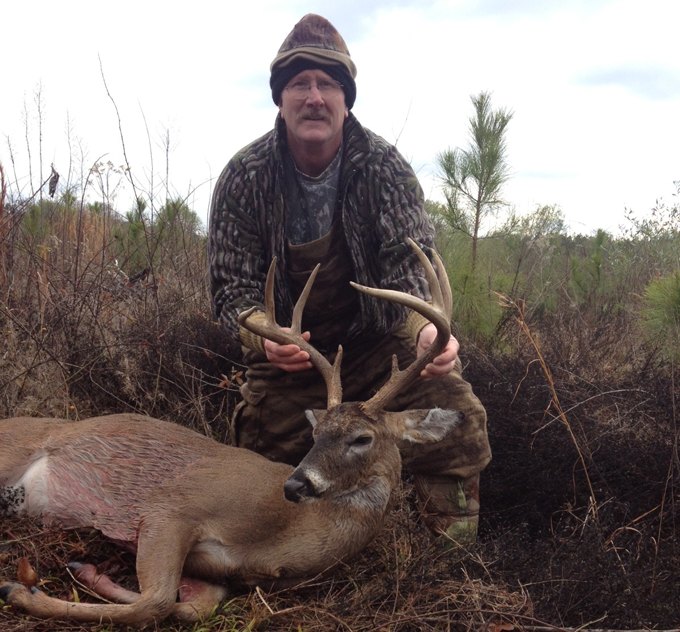 Overall activity status: Many hunters who spent some holiday time off in the deer woods found the effort worthwhile. Frosty mornings, along with rut and pre-rut conditions in Alabama, Mississippi, and eastern Louisiana, have resulted in increased movement.

The rut also arrived late in southwest Georgia, where John Kerr is seeing notable buck action. “Lots of young bucks are on their feet. My father-in-law had a two-year-old eight-pointer run does past him this morning,” said Kerr, who hunts in Baker County. Hunters should see more buck movement as the rut nears in certain regions.

Fighting: Rut conditions in Alabama, Mississippi, and eastern Louisiana will spark sparring and some fighting between bucks. Now may be a good time to rattle antlers in these regions to lure in a cruising buck.

Rub making: Bucks in rut states and regions are making rubs and marking their territory. Cruising bucks in these areas will make rubs as they wander looking for does.

Scrape making: The rut in Mississippi varies from location to location, as it does in many other South states. Brian McGregor, who hunts in northern Mississippi, says that the rut has passed, but bucks are working scrapes again. When the number of does in heat drops off, bucks will again start making scrapes hoping to locate an estrous doe and advertise their presence. When the rut is raging, bucks will usually neglect scrapes in favor of chasing.

Chasing: The time for some serious chasing is approaching in Alabama, and Andy Cobb is seeing some early activity. “I have seen three nice bucks this week shadowing does, not chasing hard, but not wanting to leave the girls,” said Cobb. “Unfortunately I was not hunting, just driving down the road, when I saw all three. Coming home from work at dusk Monday, I made a swing by some property that I hunt and saw the biggest of the three, a nice heavy ten point, with four does in the middle of a picked soybean field.” Bucks in rut states such as Alabama should begin seeing more shadowing and chasing.

Daytime movement: Bucks in rut states will be moving well because of the rut, and those in other regions will also be moving as they look for food and late-rut action. My trail cameras in post-rut Georgia indicate that there is still some daytime movement, but it is scattered and consists mainly of does. Glen Humphries hunts in Arkansas and Louisiana and is seeing more buck groups. “I’ve been doing some hunting in the last ten days or so in southwest Arkansas and northwest Louisiana, and our bucks are grouped back up and feeding during daylight,” reported Humphries. “We’re not seeing anything that would say that the rut is still going on here. We usually have some rutting around mid to late December, but we hadn’t seen it this year.”

The day after he submitted that report, Humphries sent me the above photo of his buddy Bryan Brumley with a125-inch eight-pointer. Humphries said that Brumley called in the buck with a grunt call from 200 yards across a clearcut, and shot it with a recurve bow. If the bucks still have their antlers, they can be called in.

Estrous signs: No reports yet, but they should be coming in from Alabama and Mississippi in the next few weeks.

X Factor: If you’re not seeing much rut activity, it’s always a good bet to hunt around food sources. Bucks will be near food plots, agricultural sources, or late-dropping acorns, feeding and looking for does.