Bucks Showing More Interest in Does

Overall activity status: Every state in the region except Alabama has an open archery season. A rain front followed by … Continued 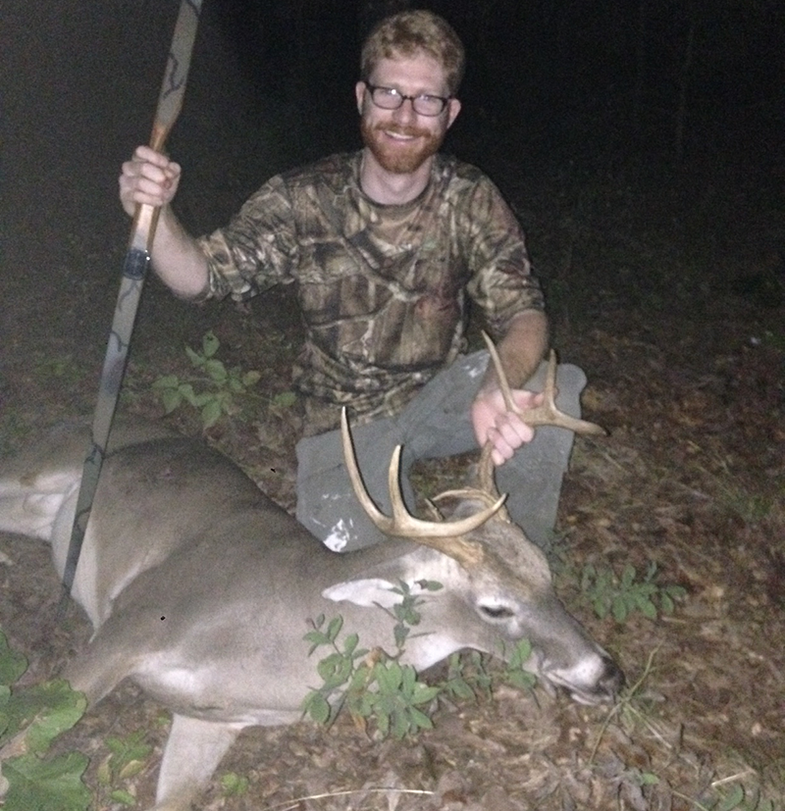 Overall activity status: Every state in the region except Alabama has an open archery season. A rain front followed by temperatures in the low 40s forecast for this weekend is sure to stimulate a lot of whitetail activity.

Fighting: None reported yet, but cooler temperatures and the rut easing closer will cause more bucks to interact.

Rub making: More and more hunters are seeing rubs, and this trend should continue.

Chasing: None reported yet, but a buck that sees a doe may check her out now.

Daytime movement: The best time to catch a buck moving remains at dusk, but the upcoming cooler weather may change that. Last Saturday, Marshall Alexander of West Fork, Arkansas hunted the bow opener with a homemade traditional bow and saw one small six-point and an out-of-range eight pointer early in the morning. But it was evening, after he returned to the same stand, when the action increased. Alexander tells the story:

“Around 6 p.m., out of the blue, I had two does start blowing at me about 120 yards away. Then I had the 8-pointer from the morning come in about 45 yards, but with no shot. The does were still there and I think the buck smelled me, and he and the does busted off.

“About 30 minutes later, I hear something behind me and turn to see a doe coming in about 60 yards away. I stand up and try to get into position when I notice a buck following her. Eventually he started walking straight at me. I raised my bow, as he entered an the opening, I drew my arrow and remember thinking, is this it, do I shoot?”

Alexander released the arrow and watched it sail toward the deer. He thought he’d missed, but recovered the arrow and found it bloodied. After getting some tracking help, Alexander found the handsome eight-pointer, shown above, harvested by using traditional tackle “without training wheels.”

Estrous signs: None yet, but some bucks—such as Alexander’s Arkansas eight-point—are following does with interest.

“Mississippi’s herd is extremely dense, with an estimated 1.7 to 2 million deer statewide. Our herd health is sound, but, as we see herds remain near or at carrying capacity, body weights and lactation indices are gradually trending downward. Last season harvest was substantially reduced, as was overall deer visibility. This has resulted in increased crop depredation this summer and population carry over into the upcoming season. This has resulted in some buck stockpiling, and these deer will have gotten one year older. This may result in some quality deer being available during the 2014-2015 season.

“Unfortunately, the bucks that will be 4 or 5-years old this season were fawned during the stress years of 2009 and 2010. In 2009, the late summer and fall were abnormally wet, which inhibited plant growth and limited food plot planting. During 2010, a very solid drought impacted the southeast and stressed fawns and does. Currently, those fawns are now 4-5 year old bucks that we will be hunting this season. However, all is not lost. The early springs of 2011 and 2012 may have helped to improve some the limited growth these bucks ran into early. In addition, this summer’s cooler temperatures and frequent rains have provided excellent growing conditions throughout summer. Therefore, any ‘swing’ deer, that could be impacted and improved by good conditions, will likely be in great shape going into fall. Trail camera photos have shown some very nice bucks across the state. It is reasonable to expect the 2014-2015 season to be a sound year for deer visibility and buck quality.”