This past weekend made the blistering hot weather of early September seem like a distant memory. The first serious cold... 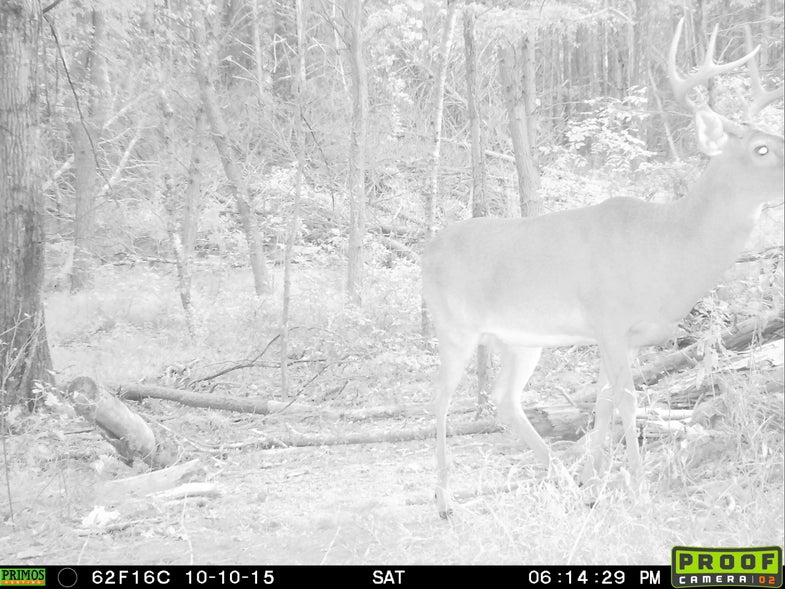 This past weekend made the blistering hot weather of early September seem like a distant memory. The first serious cold front of the season swept through the Mid-South, and it dropped overnight temperatures into the low 30s (I’d swear it was a touch colder than that Sunday morning). The deer noticed it, and were moving like crazy.

I took advantage of the cold snap and hunted a ladder stand overlooking a hidden food plot that I sowed back in late August. Michelle had sat in that stand one time during opening week, but it hasn’t been hunted since. We’ve been getting pictures of a nice 8-pointer at that spot (that’s him below), and I thought the weather might put him on his feet a little early so I could get a better look at him. The plan worked. 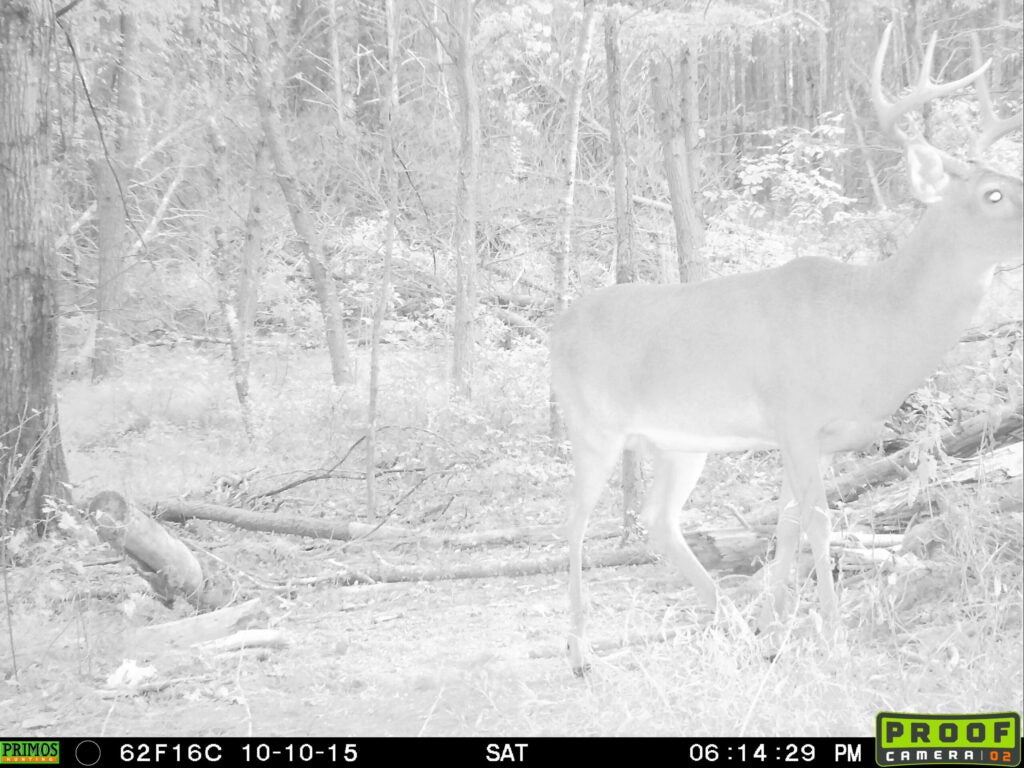 After seeing several does and young bucks, the 8-point stepped out and stopped broadside from me at 40 yards. I studied him through my scope—it was the final evening of Kentucky’s early two-day muzzleloader season—and ultimately decided to pass on him. He was a nice buck with a thick, muscled-up neck, and had I been holding my bow, I probably would’ve shot him. But I know there are a few bigger bucks in the area, and with the action due to pop here in the next 10 days, I decided to let him walk. It’s a decision I might regret later, but for now, I’m enjoying the memory—and looking forward to the days ahead here in the Mid-South.