Overall Activity Status: Personally, I’m on the verge of treestand withdrawal. A family vacation and some work travels have kept... 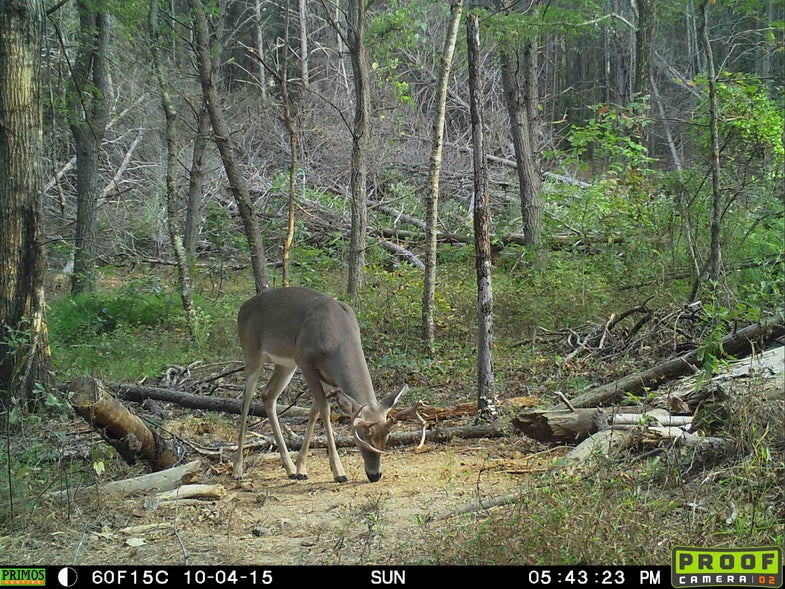 Overall Activity Status: Personally, I’m on the verge of treestand withdrawal. A family vacation and some work travels have kept me out of the deer woods for the entire month of October. Though daylight deer movement had been minimal when I last hunted in Tennessee the end of September, a quick run to my Kentucky farm yesterday afternoon to check trail cameras showed that things changed when the calendar flipped over to October. A much-needed rain preceded a cold front, and the deer responded accordingly. All of my cameras showed a marked uptick in daylight deer movement, and for the first time since August, I captured some broad daylight photos of a few bucks that are older than a year and a half.

Fighting: My cameras show that some bucks are still running together, but in my experience, it’s a stormy relationship by this time of year. Younger bucks may square off and playfully spar at any time, but older bucks are actively establishing pecking orders right now. It’s easy to look at trail camera photos—especially over a bait pile (legal in Kentucky)—and tell who’s in charge in a given group. He’ll usually be the last deer to appear, and then the only one eating for some time afterward.

Rub Making: Though I haven’t scoured the woods for fresh sign in a couple weeks, contacts tell me that fresh rubs are showing up everywhere now.

Scraping: I saw a little pawing under a licking branch on the edge of a food plot yesterday. Those small scrapes have been appearing regularly for a few weeks now. Larger, more active scrapes are undoubtedly out there, but we’re still a week or two away from intense scraping.

Chasing: Nothing to report yet, though I did get a trail camera photo of this buck obviously scent-checking a doe. Though the photo was taken in the dark, I believe I can see a twinkle in that buck’s eye. 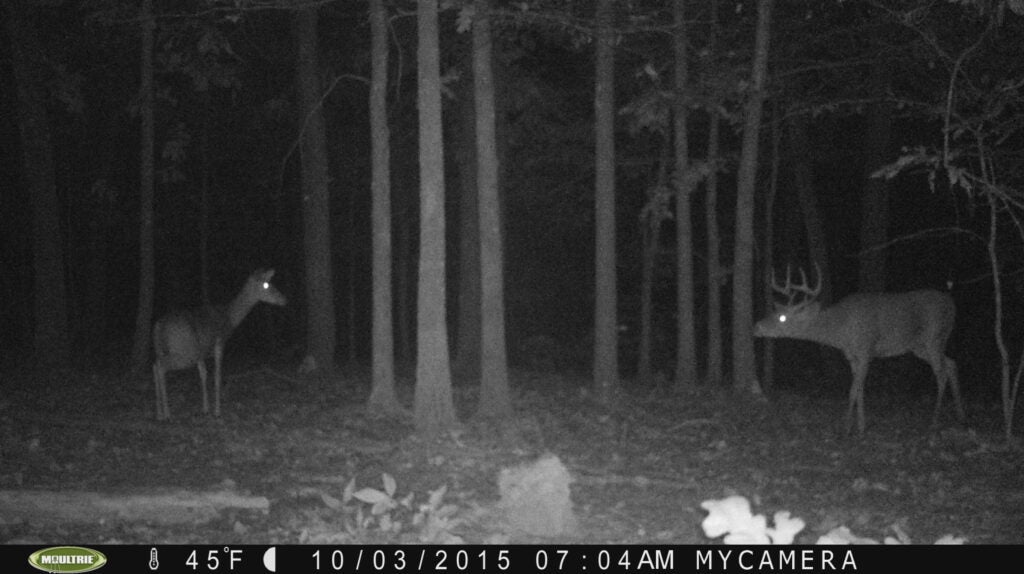 Estrous Signs: Nothing to report. I’m still getting photos of numerous does and fawns together.

X-Factor: Archery seasons are now open throughout the Mid-South Region, and the first firearms opportunities are just around the corner. Both Kentucky and West Virginia have early October muzzleloader seasons. I’m not a complete believer in the October Lull, but years of sitting in a stand and documenting deer sightings have convinced me that a full moon in the middle of the month usually results in painfully slow action. This year, the full moon isn’t until October 27—and that late in the game, it doesn’t seem to make much difference. If we can get another good rain and cool snap, Mid-South hunters could be set for some lively activity as we enter the early stages of the pre-rut. With so many of us in the woods now, a few big ones are bound to fall.