Though I’ve been hunting in Kentucky over the past couple days, things are moving right along here in the South.... 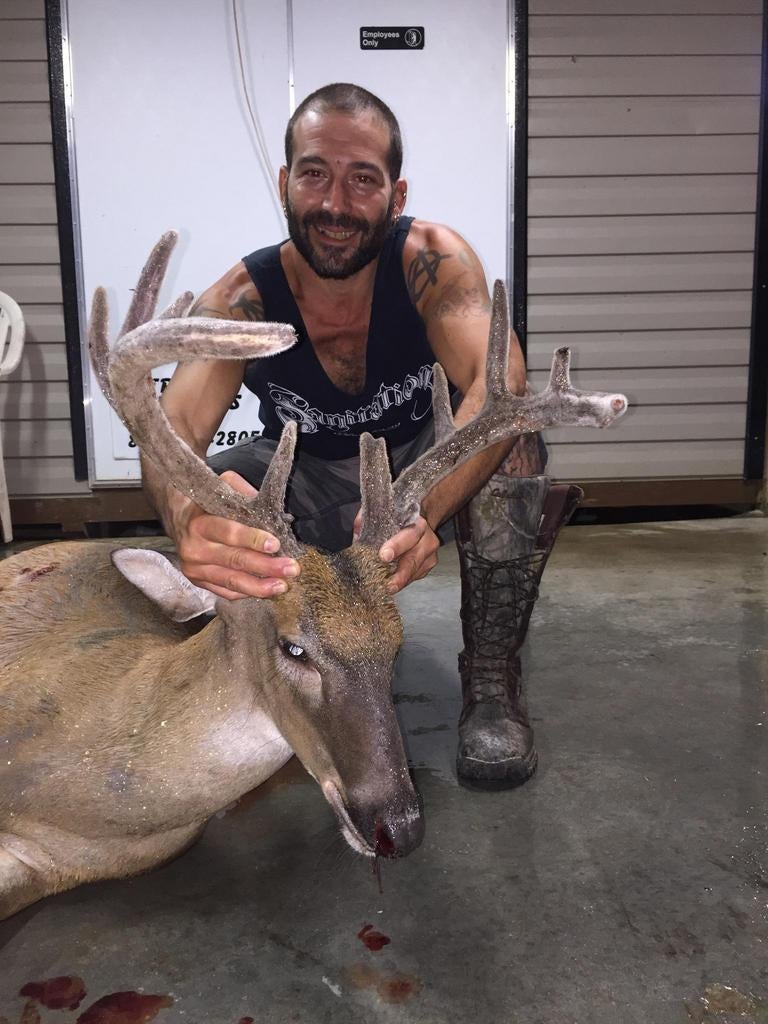 Though I’ve been hunting in Kentucky over the past couple days, things are moving right along here in the South. Here’s an update on some early rut activity in a few states across the region:

Rubs are appearing steadily in South Carolina, though some bucks are still holding tight to their velvet (including the one shown above, taken earlier this week). I found a couple rubs myself a few days ago. No luck finding a target buck quite to my liking, but I haven’t been scouting aggressively just yet.

Your game plan should focus on food sources right now. Those who hunt in the South know we don’t often see Midwestern-style bed-to-feed patterns, but a fresh rub line with consecutive rubs is a sure sign of a buck’s frequent travel route.

Things have officially cooled off in South Florida. There’s some rut activity going on halfway up the peninsula—around Okeechobee and Arcadia—but even there it’s beginning to taper. Based on historical data, the northern half of the peninsula should start seeing some rut action mid- to late-September.

Panhandle hunters shouldn’t expect anything until mid-October at the earliest. But don’t hold your breath. The data shows the panhandle rut is sporadic and can vary by as much as several months. The best advice I can give is to pay close attention to the area you hunt. Read the deer and their behavior. We all know the southern rut is extremely localized. Deer can be in early-season patterns in Perry, Florida, but rutting hard in nearby Mayo.

Bow seasons will be opening up in a couple short weeks. And after speaking with Louisiana Department of Wildlife and Fisheries Deer Study Leader Scott Durham, I determined that like Florida, the Louisiana rut is an odd duck.

“We have breeding here for six months,” Durham said. “Bucks breed does from September to early-February, depending on location. We have some deer in southwest Louisiana that are thinking about it right now. Bucks there are scraping and does will soon be coming into estrus.”

Bucks are still in full velvet and traveling in bachelor groups in other parts of the state. “We are still seeing bucks in velvet in some areas,” Durham said. “Deer zones one, two, four, six, and nine should mostly still be seeing velvet.”