Overall activity status: I hunted both Saturday morning and evening and saw deer both sits, although they were all on... 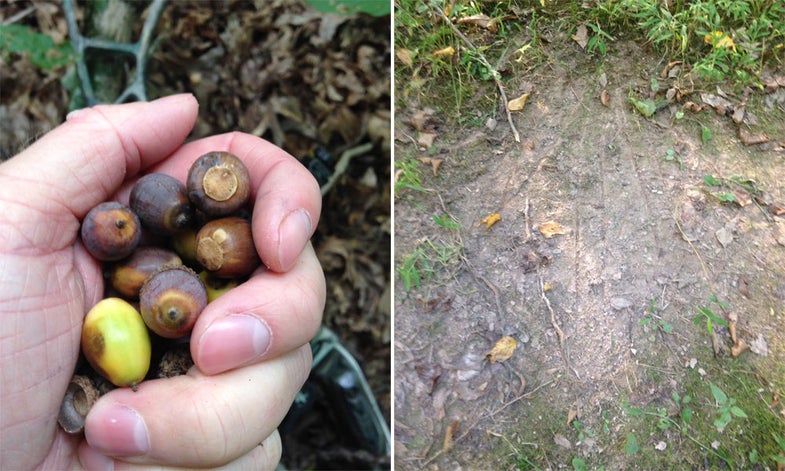 Overall activity status: I hunted both Saturday morning and evening and saw deer both sits, although they were all on the edges of shooting light. We’ve had a warm spell the past week that’s pushed daytime high temperatures some 20 degrees above where they were a couple weeks ago. We’re not dealing with record heat or anything; just a typical warm spell for this time of year that has nonetheless stifled daylight deer movement.

Fighting: I experienced a first on Saturday evening, when an old buck with a deep, barrel chest, thick neck, and something of a deformed rack stepped into the clover plot I was watching 15 minutes before dark. The deer, best I could tell, was the only one on the field. He spent most of his time wolfing down supper, but every few minutes he’d look up, lay his ears back, and snort-wheeze. He must’ve done this 10 times.

Like many deer hunters, the snort-wheeze is a call I’ve heard on TV a lot, but I can count on one hand the number of times I’ve actually heard it in the wild. From 50 yards on a calm evening—and looking at the buck through my binocular to boot—there was no mistaking it. Whether this buck was announcing his dominance to some other unseen buck or just feeling his oats and making some noise, I’ll never know. But it was cool to see, and a reliable indicator of the dominance game to come. (The buck ended up leaving the field without offering me a good shot.)

Rub making: I’ve still not seen any rubs, but have heard a few reports of early rubs from other hunters.

Scrape making: I found my first two scrapes of the year on Saturday, and they were maybe 10 yards apart. Neither of them was big, but they were both fresh. That’s the bigger one in the photo here.

Daytime movement: As mentioned, the hot weather seems to have slowed the daytime activity quite a bit. In addition, a stroll through the timber at midday on Saturday revealed a bumper white oak crop—at least in the area I was hunting—unlike any I’ve seen in a few years. When I found the first tree raining acorns, I thought I’d stumbled onto gold. But the next 50 white oaks I checked were all dropping like crazy as well. Such an abundant acorn crop can drastically impact deer activity in fields and other visible areas right now.

X Factor: I wanted to pack a climbing stand into the oaks in the worst way last weekend, but decided against it because of the near 90-degree heat. Much of that decision, if I’m honest, was based purely on my own comfort. But hunting the oaks should prove to be a productive strategy throughout the month of October. A big cold front is forecast to move through at the end of the week, so a sit in the oaks will be priority No. 1 for me this weekend, and if your conditions are like mine, it’s a strategy you should consider as well.