Sometimes we think we have whitetails figured out. This year was predicted to be a classic rut down south, but... 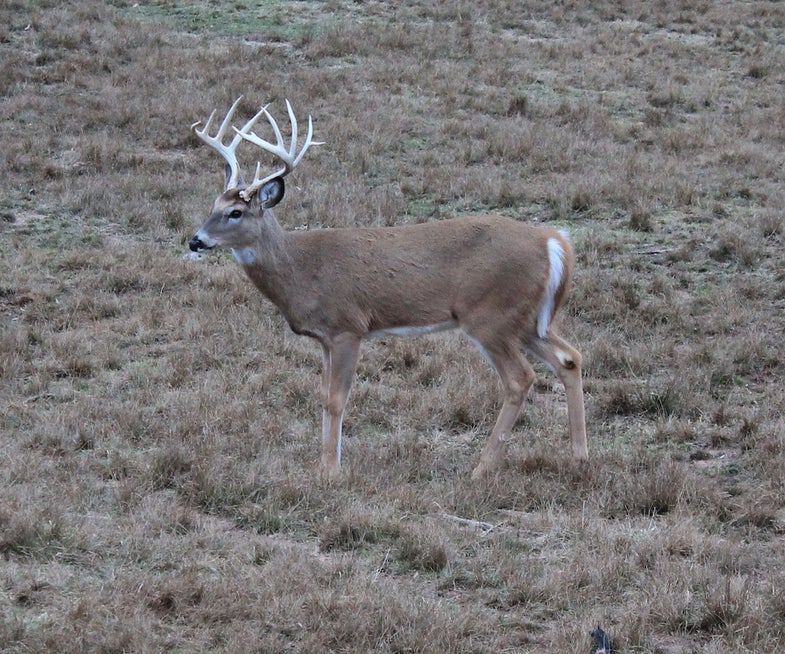 Sometimes we think we have whitetails figured out. This year was predicted to be a classic rut down south, but it didn’t happen. Though there were flurries of action here and there, most of the hunters I’ve talked to throughout the region this year reported pretty slow activity. Sure, there were still bucks chasing does—and there will be little fawns born this spring—but it wasn’t that all-out madness we hope to see each fall. Instead, we experienced a much slower “trickle” rut. It was slow, drawn out, and downright disappointing at times.

I saw very little rutting activity myself, and most of what I did see was via trail camera under the cover of darkness. From what I hear, most hunters can relate. Kamen Campbell, a deer biologist with the Mississippi Department of Wildlife, Fisheries, & Parks (MDWFP), said the same thing. “The rut seemed muted,” Campbell said. “Hunters saw rubbing and scraping activity and saw bucks chasing does. However, the amount of rutting behavior observed was less than in the previous few years. So far, the rut has held true to its typical timing, though, and was not delayed despite a severe late summer drought throughout most of Mississippi.”

I’m hearing others sing the same tune in Arkansas, Louisiana, Alabama, Georgia, and South Carolina. The only state that seemed on par this season was Florida. The crazy thing about all of this: Hunters seemed to come out ahead in most cases. A lot of people killed deer despite the lack of rutting activity.

As for me, I had a good season—despite slow hunting here in the South. I had set my sights on two specific bucks in South Carolina and spent most of my time hunting them. I never got a shot at either one. But I did make a few trips back to my home state of Kentucky. Although that’s in the Mid-South reporting region, I did manage to kill my first full-velvet buck there during the early bow season. I also had the opportunity to film my father shoot his biggest buck ever, my grandfather arrow his first bow buck, and my sister anchor her first antlered deer. All of that took place in Kentucky. It’s easy to see why I spend much of my time hunting the Bluegrass state.

I relearned several difficult lessons because of the unkind rut we had this year. First, I relearned that it doesn’t pay to get hung up on particular bucks. That’s how you eat tags instead of filling them.

Second, you can’t force things to happen. You can only do so much before you must sit back and watch deer do what they do (or don’t do).

And third: The kill really doesn’t matter. Sure, I want to fill the freezer just as badly as the next guy. But, I can go without pulling the trigger and have just as much fun. I took real joy in seeing my father, grandfather, and sister succeed this year. Those are memories I’ll cherish forever.

It pains me to say it, but the 2015-16 deer season—and rut—is winding down. There isn’t much time left on the play clock. So, until next year, God bless, aim small, and shoot straight.