Finding Rubs and Scrapes Now? A Shooter Buck Made It 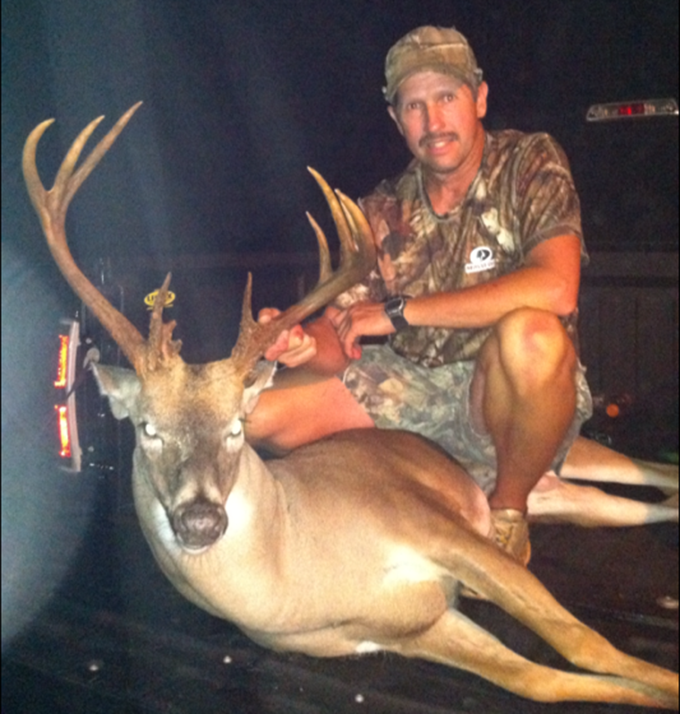 The weekend brought turbulent weather across portions of the South. Numerous storms accompanied with lightning and heavy rain may have deterred some hunters and may also have dampened deer movement. When the rain wasn’t falling, very humid conditions made for sweaty hunters trying in vain to be scentless. But some hunters did very well, as you can see from the above photo. More on that in a bit.

Whitetails are transitioning from their summer ranges and patterns to their fall ranges. Hunters need to adapt to the deer’s changing movements. Some deer may still be found visiting fields and crops in the evening, but most are back in the woods looking for acorns and browsing. Hunters should start seeing some buck sign as some of the bucks are beginning to lay down sign. Also look for early falling acorns, which will draw deer.

My son and I were bowhunting Georgia’s opener on Saturday, and he heard acorns dropping all morning. But action was slow until 9:30, when two does walked by my stand. Taking advantage of an easy nine-yard shot, I sent an arrow toward one of them, and 50 yards away I saw my first deer of the season fall (below). I believe that the pair was headed toward the acorns to feed.

Donald Peppers was hunting in Morgan County, Georgia on Saturday afternoon and connected with the buck at top. “The deer just made a scrape on the side of an oak hill at about 50 yards out, then walked straight toward me,” said Peppers. “I had to wait till it passed to get a shot. It went about 75 yards and went down. It field-dressed 156 pounds, with a nine-point frame with kickers around the bases.”

Bagging a trophy buck like Pepper’s can be a tough task this early in the season. Hunting a food sources such as acorns is key. The nine-pointer was already exhibiting some early rut behavior. Any rubs and scrapes at this time of year were made by a good buck, and if your scouting turns some up, you should hunt the area.

Another lesson learned is the value of hunting after a rain. Deer, including bucks, will become active just after a rain. Though most hunters don’t like to be out in the pouring rain, when it quits, you could be in the front row of some great whitetail activity.