Arkansas’ archery season opened last Saturday, adding to the growing list of states with open seasons. The woods are starting... 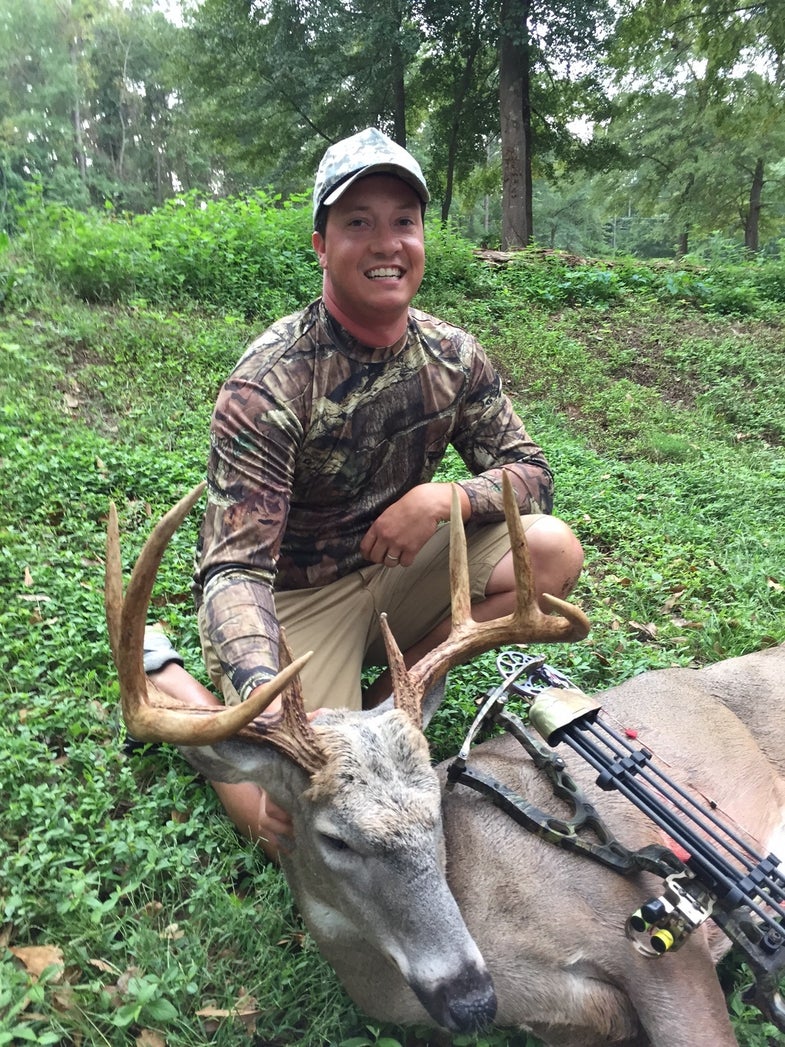 Arkansas’ archery season opened last Saturday, adding to the growing list of states with open seasons. The woods are starting to look more and more like autumn, and the smaller trees are starting to get scraped up by buck antlers.

After a morning hunt where I saw my first bucks of the season, I did some scouting and located a nice rub line along a swamp. Such an increase in buck sign is encouraging, and I plan to hunt that spot soon.

A good rub line is a promising location to hunt, and it can be a good choice, but it still seems that the best place to find and kill a buck now is a reliable food source. A lush food plot, if you can hunt one, is usually best. Wild food sources such as muscadines, persimmons, and especially acorns are always a hot draw.

John Kerr of Dunwoody, Georgia, has a stand over a hot food source that he took advantage of last week. After spending the day picking apples with the family, he headed to his Crawford County hunting property for a quick afternoon bowhunt. “The 1:45 drive wouldn’t put me in the stand until after 6:30, but the lure of the 10-acre soybean field and 7 or 8 deer with 125 inch or better bucks on camera was too much to resist,” Kerr said. “I got set up at 6:40 in the southeast corner of the bean field in a lock-on I had hung three weeks ago. At 7:20 I had four bucks come out in the opposite corner of field, a big nine-pointer with two 2-year-old 8s, and a spike. I watched them for 20 minutes or so as they fed to within 100 yards before moving off. I had started to give up on the hunt as darkness was coming on quickly.”

Then things really got exciting for Kerr. “Just about then, I heard a deer coming from my left off the corner of the field. I shoot left-handed so I grabbed my bow and turned all the way left to be ready. I watched the field edge, and within a few seconds a deer appeared. All I saw was antlers. I immediately hooked my release and drew before he came out from behind the overhanging oak branches. He walked across the road towards the field as I began to aim. I realized I was going to have to stop him right at the edge of the field on a row I had ranged at 29 yards, so I grunted. He immediately stopped and looked my direction and I let the arrow fly. My hit looked perfect and he ran off with the arrow hanging out of his right side.”