It’s the pre-rut throughout much of the South. Bucks are rubbing, scraping, even thinking about chasing in some areas. The... 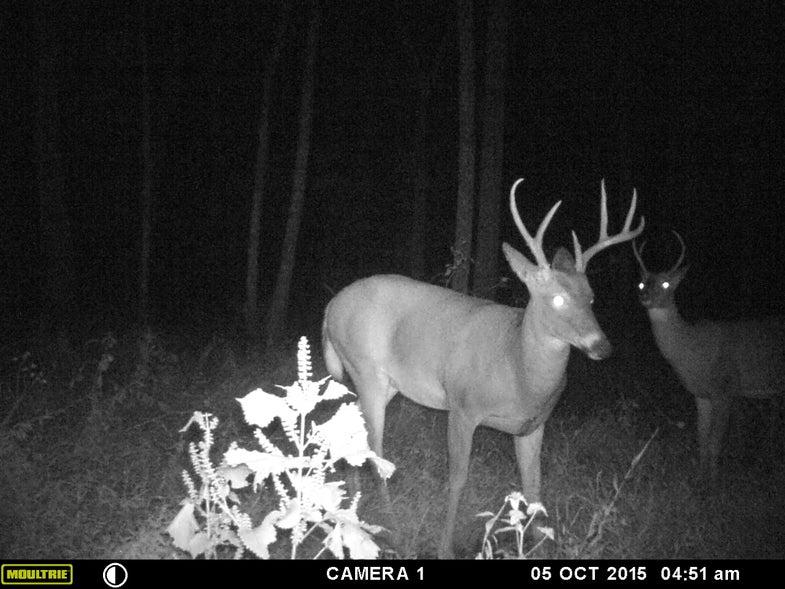 It’s the pre-rut throughout much of the South. Bucks are rubbing, scraping, even thinking about chasing in some areas. The rut isn’t far off in many places. But it’s not here just yet.

Now is the time to capitalize on frustrated bucks, but not by just looking for the does—which will be the best strategy in the weeks ahead. For now, focus on these four pre-rut stand sites to capitalize on big southern bucks.

Most bucks aren’t chasing does just yet. It’s still the middle of October, and food is still king. Sure, bucks are laying down rut sign like nobody’s business. But that doesn’t mean they aren’t eating.

Look for scrapes on producing oak flats. These are the areas where bucks will spend their time packing on those last few pounds needed to get them through the rut. Get up on top and scout. An oak flat loaded with acorns is likely to be loaded with scrapes, too. Camp out on the end of the flat nearest a bedding area.

This tactic is similar to that of the above stand site, but with a twist. Most bucks don’t bed close to where they feed. Many times—especially in the South—bucks will travel a mile or two just to get from the bedroom to the dinner table. Because of that, ridgelines that may not have a quality food source are still relevant.

Bucks like travel routes that provide them with easy access and safety advantages. Ridgelines provide both. That’s why I scout every ridgeline I have access to come mid-October. Often, you’ll find them littered with rubs. That is a dead giveaway bucks are using them as highways to get from point A to point B. Hang a stand on the end closest to their bedding area just as you would on a scrape-filled oak flat.

The Thickest Thicket Around

Bucks have been pressured for weeks—even months in some states—by deer hunters. They’re beginning to feel it in areas with moderate to high pressure. Many bucks are relocating—if they haven’t already—to areas where they haven’t been hunted.

These locations are often the areas with the thickest, most inaccessible cover. That’s where bucks feel the safest, and where they spend daylight hours. Scout fringes of aging clear cuts, short pines, cedar thickets, briar patches, etc. If it’s too nasty to walk through, mature bucks will love it.

This may seem counterintuitive considering many bucks are just trying to get away from hunters. But it’s one tactic the vast majority of hunters—even experienced ones—seem to overlook. Simply put, neighborhoods are good for bowhunting.

As I mentioned, by the middle of October, deer commonly relocate to areas receiving less hunting pressure. But that doesn’t mean they always choose areas with fewer people. A lot of pre-rut whitetails move into suburban areas where hunting pressure is virtually nonexistent. As a matter of fact, a good friend of mine saw a deer running through the bank parking lot on the edge of town yesterday. Weird? Yes. Rare? Not as rare as you might think.