Get Ready for a Nutty Season in Arkansas

I’ve touched on all the southern states in a rut report so far, except one: The land of the Razorbacks.... 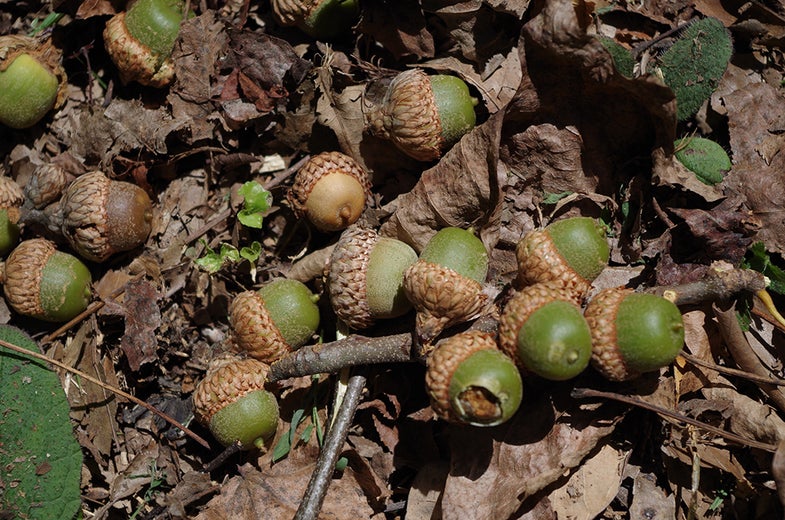 I’ve touched on all the southern states in a rut report so far, except one: The land of the Razorbacks. Arkansas isn’t quite like the rest of the states in the South Region. They don’t have a ridiculously early rut. It doesn’t run really late, either.

“When you average it all out, Arkansas’s peak conception falls during the week of Thanksgiving, but we do see some variance at local levels,” said AGFC deer program coordinator Cory Gray. “For example, deer in the state’s extreme southwest tend to peak during the first full week in November, while those in extreme southeast peak in the first week of December.”

So, as with most of the country, you won’t hear any rut chatter in Arkansas for a while. Instead, the focus now is on early-season patterns and food sources. Speaking of food, one thing is for certain: Hard mast will be a major factor in in The Natural State this season.

Jay Jackson, cohost of The Virtue, hunts a lot in his home state of Arkansas. He’s been prepping all summer in hopes of tagging a stomping-grounds stud.

“We’re getting good rain here, and lots of acorns are on the ground, especially red oaks,” Jackson says. “The white oaks are heavy, but the nuts haven’t dropped yet. Deer are not moving much. The main activity has been at night despite the cold front we’ve had. I only have a few daylight pictures.”

Five words in Jackson’s report stand out to me: “Deer are not moving much.” That could be a real stumper for anyone not paying close attention. Temperatures have been low, and fronts have been plentiful. Both good reasons for deer to get off their bellies. Yet Jackson has seen little daytime activity. Why? The answer is in the acorns. Deer just don’t have to move very far when mast crops are abundant. Thus all the nighttime photos.

As far as buck sign goes, it isn’t overwhelming, but a few rubs and scrapes are beginning to dot the landscape. Most of it is being made in locations where bucks have spent the summer.

“I found several nice rubs and one scrape this past Sunday,” Jackson says. “But all the deer I’ve got on camera is still in bachelor groups. They haven’t broken up yet.”

This tells me several things: The deer are out of velvet. Testosterone levels are beginning to rise, but only slightly. And bucks haven’t relocated yet.

Arkansas’s archery season opens September 26. If the current pattern holds, bucks could be parting ways with their summer buds and relocating to fall ranges sometime around the opener. That—paired with an abundant mast crop—could make the early season tough on the state’s bowhunters. The best thing to do now is to keep close tabs on the white oaks, whose acorns deer prefer over red. Find the first few to start dropping nuts, and the odds could quickly tip in your favor.