Get Ready for More Buck Movement

When the big 11-pointer charged into the food plot, North Carolina hunter Andrew Baxter recognized him immediately. Baxter hunts a... 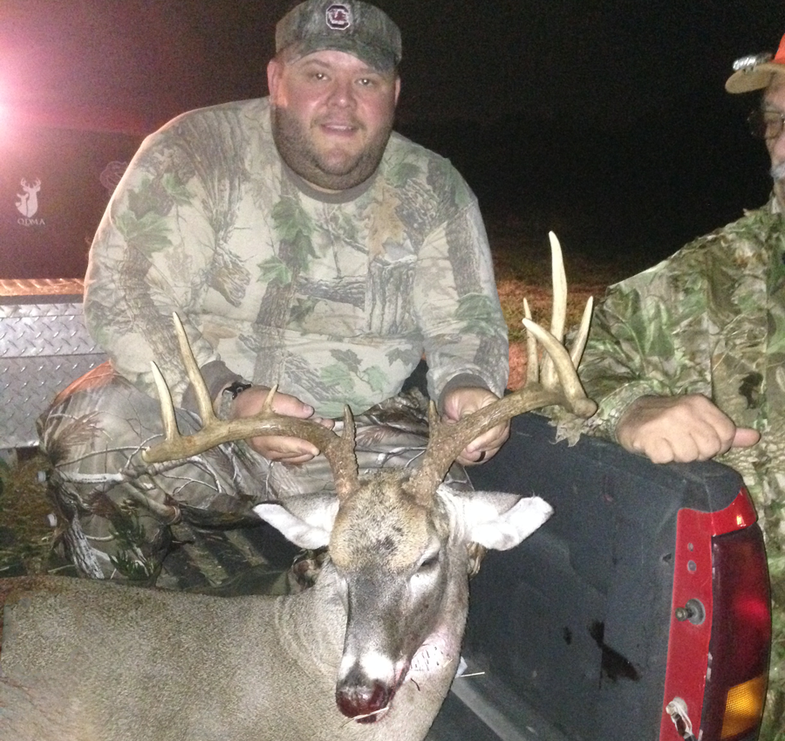 When the big 11-pointer charged into the food plot, North Carolina hunter Andrew Baxter recognized him immediately. Baxter hunts a small parcel—22 acres—of family ground in Gaston County, and he’d already had a few close calls with the same buck this season and the season prior.

“He was a big, wide 7-pointer last year, and this year, he was a regular on my trail cameras in late August and early September,” Baxter says. “You could set your watch by him. But after he shed his velvet, he disappeared for a while.”

The 22 acres is mostly field, and borders a dense thicket. Baxter has two acres of Whitetail Institute food plot planted on the back edge of the property, and he says there’s usually a good buck in the area each fall. This particular buck gave him a chance back in late October. “He stepped out into the food plot and began feeding, and I shot right over his back with a crossbow,” Baxter says.

Fast forward to the afternoon of November 12. A yearling doe trotted into the food plot just after 5 p.m. She was followed closely by a nice 8-pointer. The 11-pointer charged out of the thicket seconds later, running the 8-pointer out of the field. When the big buck stopped at 60 yards, Baxter dropped him with his muzzleloader.

Baxter has already had a great season. He’s killed a couple good bucks just across the state line in South Carolina this season as well. As has been the case throughout the Mid-South—and much of the country for that matter—he says this year’s rutting activity has been fairly early and pronounced. “A buddy of mine killed a buck that was following a doe on Oct. 1,” he says. “The bucks definitely seemed interested early, and that made the hunting pretty good. Right now, though, I think the big bucks are pretty locked down with does. Most of the scrapes are covered with leaves. But I think in the next five or six days, the hunting could get pretty good again when those bucks start moving around, searching for that second or third doe to breed.”

I hunted Tennessee again yesterday morning and also saw a yearling doe being chased all over creation by a couple young bucks. Often, late or “secondary” rut activity takes place when yearling does come into heat for the first time. It seems a little early to be seeing that type of activity—but first-hand sightings from the woods don’t lie.