How to Score on a Late-Rut Buck

The rut is virtually over where I hunt in South Carolina. Most of the rut activity in Florida and Arkansas... 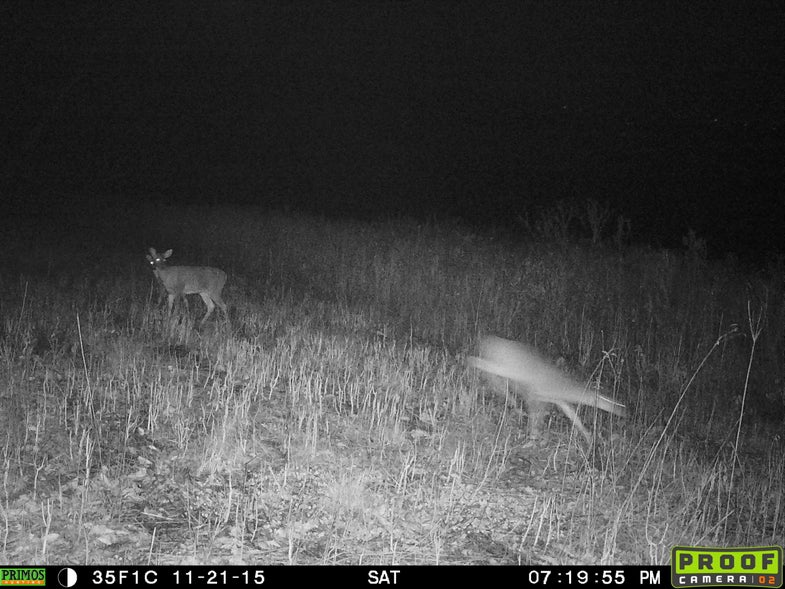 The rut is virtually over where I hunt in South Carolina. Most of the rut activity in Florida and Arkansas is over, too. Parts of Georgia, Alabama, Mississippi, and Louisiana still have action on the horizon, but for those hunting where the rut is now winding down, target the last estrous does. They’re the ticket to a late-rut buck. And there are several ways to do that.

The crazy chasing activity seen two or three weeks ago is practically over. The sad truth is the best part of deer season is done for another year—but that doesn’t mean you can’t still get a buck. Now’s the time to cowboy up, suck your lip back in, and get to work. One of the best ways to kill a late-rut buck is to still-hunt your way through known buck and doe bedding areas. It’s aggressive and you’ll bump some deer, but with time ticking away and deer not moving as much as they were, it’s probably the highest-odds tactic you can use.

Not everyone has the patience—or the right hunting area—for still-hunting. In that case, sitting over secluded cover is a better bet. Stay on the downwind edges of thickets, and don’t plan on any long shots. Deer sightings might only be glimpses, but with the leaves gone, a glimpse of the vitals might be all you need.

Deer that have been heavily pressured aren’t likely to step into a wide-open food plot or crop field in the daylight. Try more secluded food sources. A small food plot in the timber, a narrow agricultural draw leading to a larger field, or even an area with remaining hard mast can all be productive locations during the late rut.

As the breeding comes to an end, hunting over scrapes can again become productive, as bucks begin to freshen scrapes that have been left cold since the late pre-rut. Check the very same places where you saw fresh sign back in late October and early November, and try hanging a trail camera to see if bucks are hitting them in daylight.

Use a Doe Bleat

I don’t like using doe bleats when the rut is rocking because I don’t feel like I can compete with the real thing. But after most of the does have been bred, bleats can bring a big buck in on a string. His options are few right now, and an estrous bleat isn’t an aggressive sound. You have little to lose by trying it.